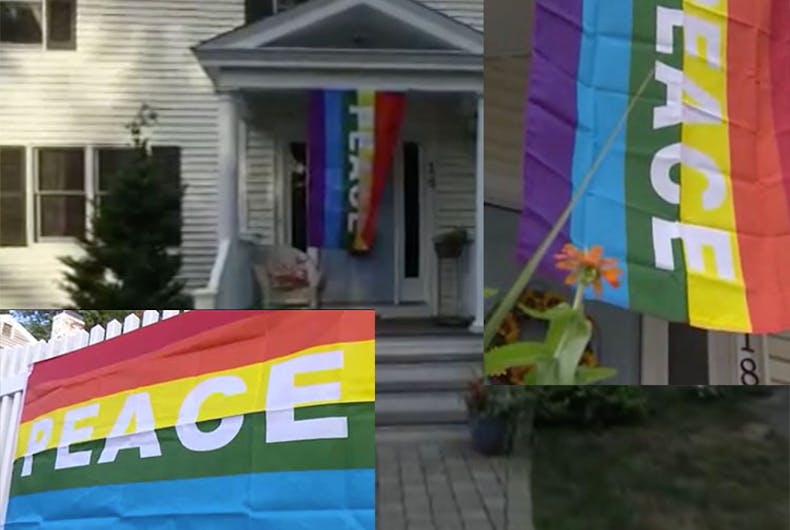 After a lesbian couple in the Boston suburb of Natick had their pride flag stolen and their house egged they were heartbroken. Their community had always been nothing but accepting towards them.

But her neighbors had their backs, and soon the whole neighborhood was full of pride flags.

Now this act of love over hatred has earned the Natick neighbors an honorable mention by The Boston Globe for their 2016 Bostonians of the Year feature.

“For us, it was just normal that we would do this, that we would rally behind them,” Liz Mazzola said. She distributed the flags, along with the help of her kids.

“We feel we have so little control, but as neighbors, you do have control,” Cari said. “Small acts of kindness can have this ripple effect.”

Watch a report from the time of the incident in the video below.

Similar acts of a neighborhood flying the flag en masse have occurred recently.

In Michigan, neighbors showed their solidarity after a woman’s pride flag was called into question by an anonymous note.

And in Washington, D.C., Mike Pence’s neighbors are flying the rainbow flag to make clear they don’t agree with his anti-LGBTQ record.

This friend of our enemy is our enemy: meet a trans woman men’s rights activist