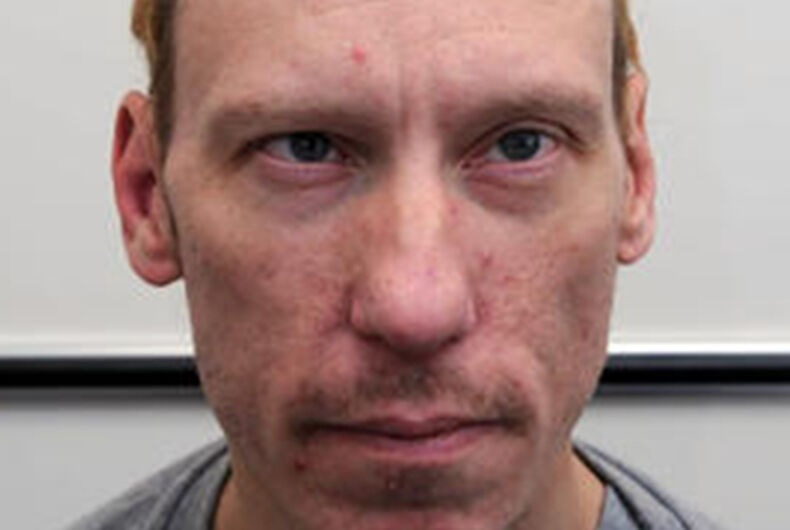 For the first time since serial killer Stephen Port was caught, a member of the United Kingdom’s premier police department is admitting they should have connected the dots between his murder victims sooner. Instead, he was able to elude capture and murder four men.

Port, 41, was sentenced to life in prison without the possibility of parole in late November for drugging, raping and killing men, all in their 20s, over a 15 month period. He met the men on dating and hookup app Grindr.

The U.K.’s independent police watchdog is investigating why it took detectives so long to connect the murders, despite three bodies turning up in the same churchyard. Those killed were Anthony Walgate, Gabriel Kovari, Daniel Whitworth and Jack Taylor.

Outgoing Scotland Yard chief Sir Bernard Hogan-Howe admitted Wednesday for the first time, mistakes were made in the case.

“We should have spotted earlier there was something wrong there,” he said in an interview with LBC Radio, reports PinkNews. “No one put the connection together at the time.”

“It just wasn’t realized there was a connection between the events and each of the events didn’t have an obvious suspicious element,” he continued.

“If four young middle class women had been murdered in Mayfair, I believe the police would have made a public appeal much sooner and mounted a far more comprehensive investigation,” LGBTQ rights campaigner Peter Tatchell said. “The killing of low income gay men in working class Barking was treated very differently.

“In retrospect, it looks obvious but at the time each officer had to deal with the circumstances they found,” Hogan-Howe said.

Seventeen officers are currently under investigation.

“We finally have justice for Jack and the other boys,” Taylor’s sister said outside the court after Port was sentenced. “A sick and twisted scumbag will never be able to hurt or destroy any other family’s life.”

Neighbors who supported lesbians get Bostonians of the Year honorable mention