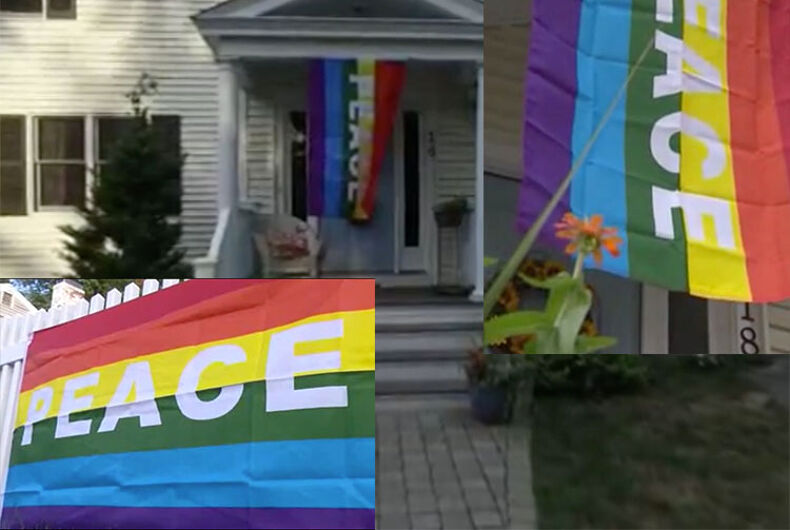 A lot of Pride flags are flying in Natick, Mass., even outside the houses of couples and families that don’t have anyone LGBTQ living there. It’s a heartwarming community response to show support for Lauri and Cari Ryding.

The Rydings returned last week to find their Pride flag gone, their home pelted with eggs. They said the sight of the eggshells on their doorstep and the empty flagpost broke their hearts.

But as NewNowNext reported, their neighbors in Strawberry Hill decided to send a message of their own to those vandals. One by one, Pride flags bearing with the word “PEACE” popped up on doors, fences and porches.

Maura Gaughan helped distribute the flags, which were donated by the Rainbow Peace Flag Project.

Those Pride flags now adorn a total of 42 homes, roughly two-thirds of the houses in their neighborhood. And Lauri Ryding shared the good news on Facebook:

Watch the report from Boston’s WCVB below.