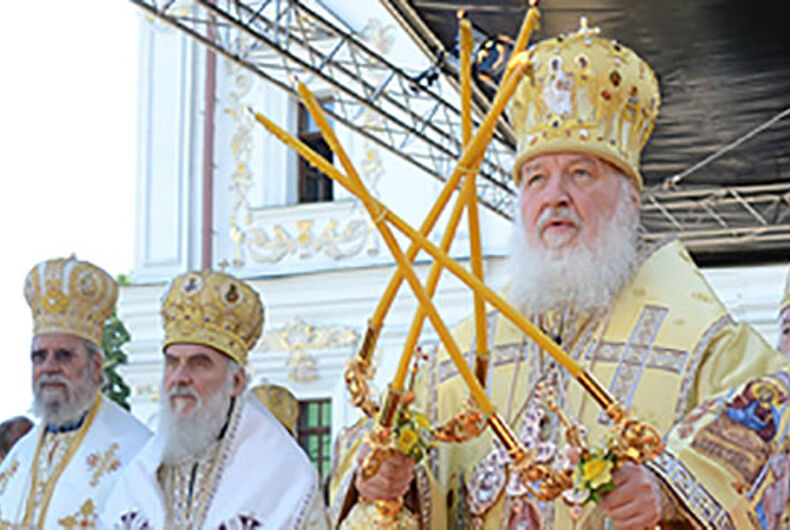 Not only is the head of the most powerful church in Russia claiming that marriage equality is akin to laws passed by Nazi Germany, by the racist apartheid government in South Africa, but the Patriarch of Moscow and ally of Russian President Vladimir Putin, says same-sex marriage is going to bring about the end of life in the universe.

The Patriarch sat down with an English-speaking personality from the state broadcaster Russia Today and, speaking in Russian, argued that same-sex marriage legislation is historically immoral, reported PinkNews.

“When the law went against inherent moral values the people rebelled. They new it was artificial and against their nature,” he said, invoking the now reviled Soviet Union.

“Again, this is very reminiscent of what was happening under Soviet totalitarianism. In the countries that declare their commitment to freedom of speech, you can get punished for expressing your opinion. That’s a dangerous trend, and I hope it will peter out and the natural order of things will prevail. I don’t even want to think about what might happen to us otherwise.”

And as for the end of the universe and life as we know it, the man who alternates between wearing a golden crown and a white towel over his head, warned, ominously:

“Under no circumstances should this be accepted as a social norm no different from the social norm that stems from our moral nature, meaning marriage between a man and wife who create a family and have children. That’s why we believe this new trend poses a significant threat for the existence of the human race.”

Watch for yourself the interview by RT via YouTube, below. The Patriarch’s answers are translated into English.