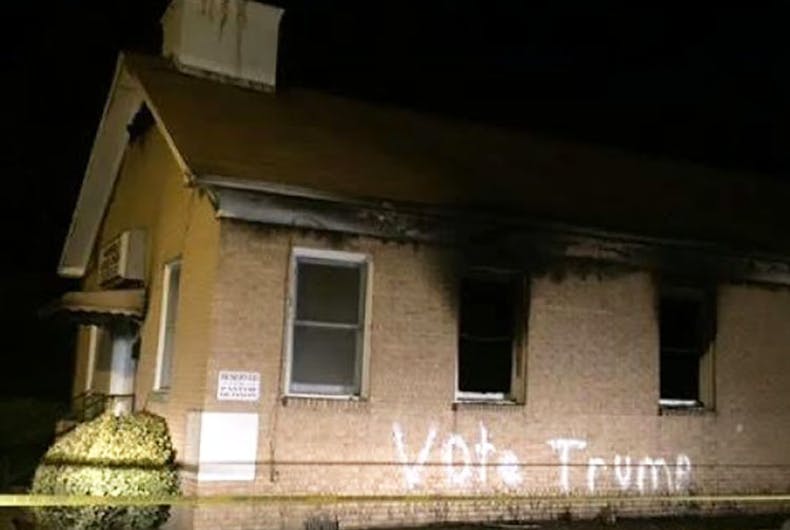 Officials in Greenville, Miss. say a fire at a historically black church is being investigated as a hate crime aimed at deterring voters, according to WLBT-TV.

Firefighters responding to the blaze inside the Hopewell M.B. Church at 11 p.m. Tuesday night found someone had left a message in black spray paint beneath the scorched church windows: “Vote Trump.”

Although the structure is still standing as of Wednesday, it was clearly a blaze so intense it left black scorch marks at each window. WLBT reports the church sanctuary suffered heavy fire, water and smoke damage, and that the damage extended to the pastor’s study and the church kitchen.

It’s not clear at this hour who did this or why, but at a Wednesday morning news conference, officials said they are speaking with a person of interest. Authorities have not identified a suspect.

The FBI released a statement on the burning:

“The FBI Jackson Division is aware of the situation in Greenville, and we are working with our local, state and federal law enforcement partners to determine if any civil rights crimes were committed.”