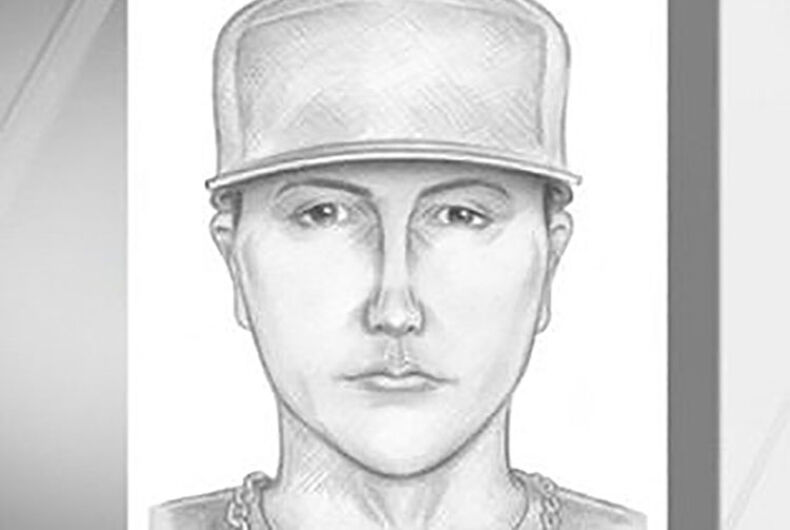 The New York City police hate crimes unit has its hands full with two fresh incidents of antigay violence over the weekend. One was directed at two lesbians in Times Square that led to the arrests of two men; the other — just 45 minutes earlier in another part of Manhattan — has triggered a manhunt for the man who left a gay men seriously hurt and injured another.

The incident involving the lesbian couple occurred early Sunday morning in Times Square, reports DNAinfo. Daquan Burns, 24, and Michael Bailey, 23, reportedly approached two women, each one 23 years old. This happened at the northwest corner of West 44th Street and Seventh Avenue around 5 a.m. on Oct. 30. Police say the men called to one of the women, “Hey baby,” and the woman responded that she was lesbian and dating the other woman.

The Manhattan district attorney’s office says the two men started punching and kicking the victims in the head and the chest, and repeatedly called the women “fucking dykes” and “lesbian bitches.” They also cut them with a glass bottle, leaving one woman with a laceration to her hand that required three stitches. Her girlfriend needed seven stitches for a cut to her pinky finger that may have left her with nerve damage, according to the D.A.’s office.

They’re being held on $40,000 bond and will face a judge on Friday. The victims were treated at Beth Israel Medical Center.

In the other incident Sunday morning, an attacker hurling antigay slurs fractured one man’s face and hurt the hand of another. It happened at 14th Street and Eighth Avenue, around 4:15 a.m. — in the same Chelsea neighborhood where a bomb exploded last month, injuring 29 people.

Is George W. Bush going to vote for Hillary Clinton over Donald Trump?