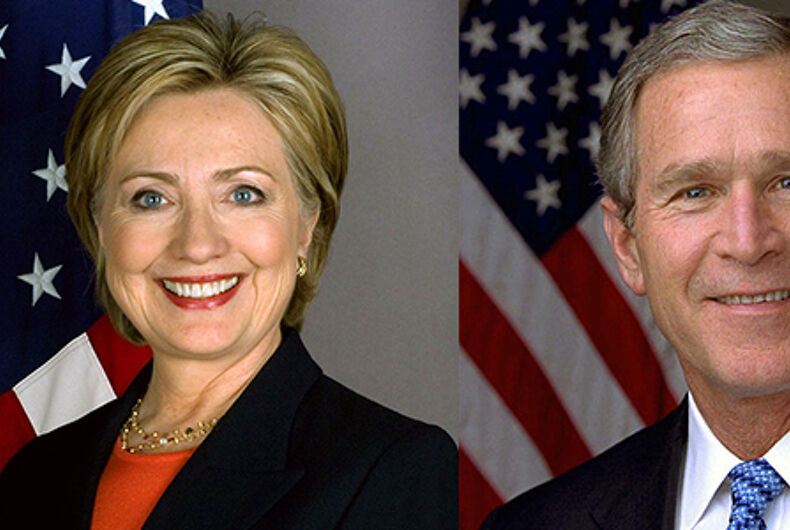 George W. Bush might be joining his father George H.W. Bush in casting voting for Hillary Clinton, according to speculation from his nephew, George P. Bush, son of Jeb Bush.

George P. Bush, a  Texas land commissioner and a Trump supporter, made the remarks at a Republican rally in San Marcos, Texas, on Tuesday night, according to the Associated Press. When asked later to clarify his remarks he said he was “speculating” and did not know for certain how either would vote.

George H.W. Bush is also believed to be on board with Clinton after Kathleen Hartington Kennedy Townsend, former Maryland lieutenant governor and daughter of Robert F. Kennedy, reported via Facebook and to Politico that the former president told her he was planning to vote for her.

Neither George W. Bush nor his father attended the Republican National Convention, where Trump accepted the nomination.