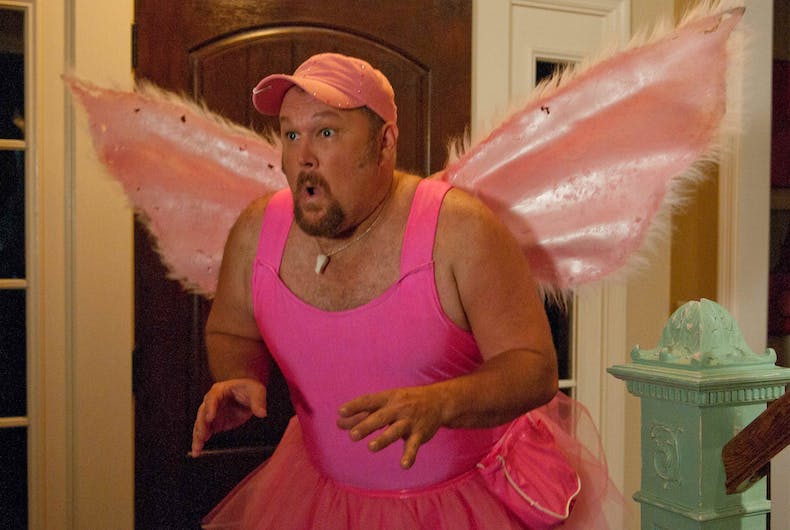 Larry the Cable guy as the tooth fairy.Photo: screenshot

Some people get riled up over every joke or pun for no good reason. Other times, you have to wonder what idiot dreamed up a “funny” that’s obviously going to offend more people than amuse. Alberta, Canada’s NDP (New Democratic Party) is discovering the second option the hard way.

The group has apologized and changed the name of their upcoming “Prairie Fairy Fundraiser” after complaints from LGBT people. The fundraiser for LGBTQ candidates, was billed as an event for the “fruits of the legislature.”

“I think it’s just another way to remind us to think about the impact of language … and be mindful of how we use it,” Openly gay provincial cabinet minister Ricardo Miranda told the National Post. Miranda said he had received “a couple” of complaints about the event and passed them along to organizers.

The group’s LGBTQ caucus co-chairs also offered up an apology on their Facebook page, writing that they didn’t intend to “offend or make light of the struggles and pain our community has endured and continues to experience.”

“Nevertheless, we understand that regardless of our intent, harm was caused and we take full responsibility for that,” they wrote.

The event has been renamed.