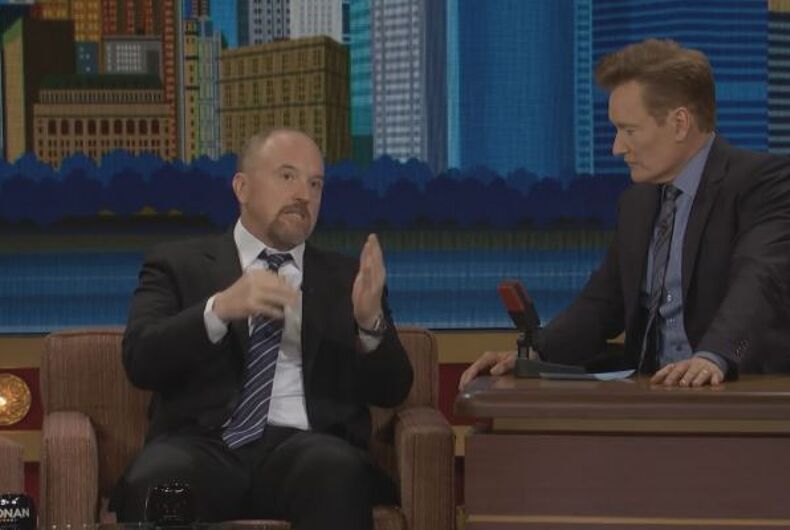 Louis C.K. is all in on Hillary Clinton, and made his pitch as to why America needs a “bitch mom” who can get things done to lead the nation, instead of another lackluster father.

“And to me, it’s really exciting to have the first mother in the White House,” he said. “Because a mother, she’s got it. A mother just does it. She’s feeds you, and teaches you, she protects you, she takes care of shit.”

“A father, we’ve had 240 years of fathers,” he continued. “Father after father…and fathers are okay…a great father can give a kid 40 percent of his needs, top. Tops out at 40 percent. And that’s optimistic. Any mother, just a shitty mother, just a not even trying mother, 200 percent. Like she can’t, mothers do too much. Like, what’s the last conversation you had with your mom? It was probably, ‘Mom, alright, it’s enough!’ They just keep (giving).”

C.K. also noted the importance of a president being able to take criticism, which Donald Trump has shown himself to not be able to do, whereas Clinton takes it in stride.

“The point of the president is to get drunk and blame them for everything…This guy, every time he’s criticized, everything stops and he makes everybody pay. That’s not how it works. We need somebody who can take abuse. Hilary Clinton can take abuse. She’s been taking it and taking it. This is what’s been going on, we’ve been hazing her. We’ve been holding her down and spitting in her mouth and yelling at her, and she just gets up and goes, ‘Well, I just think if children have proper healthcare and an education…’ She just keeps working!”

He also said he thinks it is important for people to vote, calling those who sit out this election “assholes.”

Watch him make the case for Clinton below.

C.K. performed his stand-up for a surprise benefit show in North Carolina back in April, with proceeds going to fight against House Bill 2, the law that discriminates against the LGBTQ community by invalidating nondiscrimination ordinances across the state and requiring trans people to use the bathrooms and locker rooms matching the gender on their birth certificate in government owned buildings.

Gov. McCrory, who signed the bill into law, said at a recent debate that Caitlyn Jenner should use the men’s facilities if she visits the state and is in a government owned building, apparently unaware that she updated the gender on her birth certificate. Jenner responded humorously on Instagram, indicating that she was not into the idea of going into the same locker rooms as McCrory.