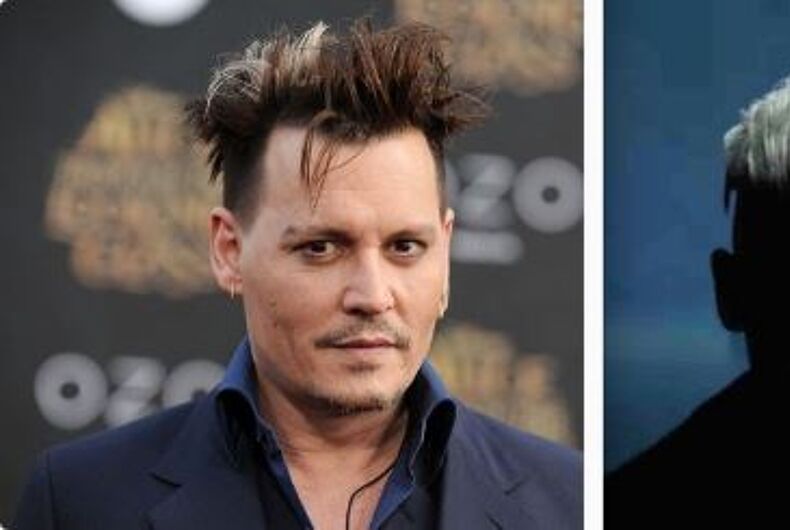 Fans are matching Depp’s haircut with that of the character, shown behind in a trailer.Photo: Twitter

Johnny Depp has been cast in the Harry Potter spin-off Fantastic Beasts and Where to Find Them and there is some serious speculation from fans that he might be playing dark wizard Gellert Grindelwald, gay love interest to Professor Dumbledore.

Author JK Rowling outed Dumbledore in 2007 and it was announced last month that he and best friend Grindelwald would feature in the film, which takes place in 1920s New York. Rowling has indicated in the past that Dumbledore was in love with Grindelwald.

There will be five films in the series in total, and Depp is reportedly making a cameo in the first installment, opening Nove. 18, alongside Eddie Redmayne, Colin Farrell and Katherine Waterson. He will have a bigger role in the second film, Warner Bros. said, which will come out next year.

Fans have begun matching Depp’s look with the image of Grindelwald shown in a trailer.

Openly queer actor Ezra Miller is also set to appear in the film, and similarly has not had his character revealed. Warner Bros. released a video on Tuesday featuring Miller talking about Grindelwald’s backstory and rise to power.

“If you are freaking out as hard as I am right now, thank you, because it’s good to not be alone,” he concludes.

Something tells us he’s not alone.

One week only: Pam Spaulding’s triumphant return to the political blogosphere