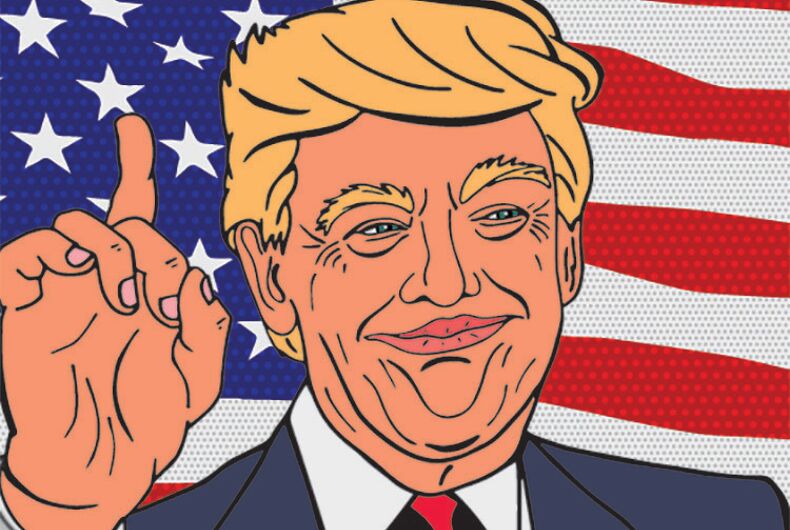 But you knew it would roll like this. Once your fellow Americans in states that flipped to Red in 2016 ushered in Donald J. Trump as President-elect, the country was handed over to him to “DRAIN THE SWAMP” in Washington, D.C. of the bottom-feeders responsible for government waste and corruption and disrespect of the American people.

Trump’s voters – nearly half of the country – cheered it, demanded it. After all, the Beltway is full of creatures of the night (and day, when they decide to work), that cherish, above all, self-preservation, an ability to puff up their egos and line their pockets with benjamins from corporate interests. The very voters that have placed Donald in power will find out that with this insider crew that the base, yet again was seen as rubes. (I’ll just leave that last bit there.)

With zero experience in government and zero military service, you’d expect any President-elect to serve up a few cabinet appointments with like-minded politicos to advise him/her. But Donald J. Trump is there to DRAIN THE SWAMP. This fabulous list of anti-swamp drainers is not surprising in the least to me, but the list doesn’t include anyone that is interested in actual reform. This is a list of deplorable grifters and ethically compromised individuals that any Trump voter SHOULD be appalled by. But, since they were able to overlook and excuse so many things in order to anoint King Cheeto no matter what has said or done during his career or this run for the Presidency, I’m sure they will rationalize these choices to. But the people on this list are going to disappoint the voters who actually believe the swamp could be drained if he just promised it.

This is perhaps the most preposterous name in the mix, so he receives more ink. A disgraced former Speaker of the House, the idea that our country’s representative to the international community, our chief diplomat, could be Newt Gingrich, is stomach-churning and embarrassing. In terms of policy, Newt was a booster of the Afghanistan and Iraq wars and believes waterboarding isn’t torture. And in the world community where progress on LGBT rights has moved closer to the front-burner with each passing year, thrice-married moralist Gingrich will put a stop to that, but he will try to distract the public with diversionary statements. After the Pulse mass murder in Orlando, protecting the LGBT community from terrorism was his spin:

“Tragically,” what the “gay rights movement will come to realize that Islamic supremacy is their mortal enemy. People get killed in countries dominated by Sharia if they are gay. So I think in that sense, maybe this is the beginning of a new conversation about how serious of a threat Islamic supremacism is.”

Rage against the (voting) machine: 4th night of protests against Trump