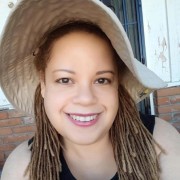 Pam Spaulding
Pam was the editor and publisher of the nationally-read Pam's House Blend (2004-2013). While focused primarily on civil rights issues, the blog often dealt with the intersection of race and LGBT issues. The Blend was ranked in the top 50 progressive political blogs and was one of the site’s officially invited to cover the 2008 Democratic National Convention. Pam provided commentary on CNN during the 2008 presidential election cycle and was named one of Huffington Post’s Ultimate Game Changers in Politics in 2009. In the same year she received the 2009 Women’s Media Center Award for Online Journalism.