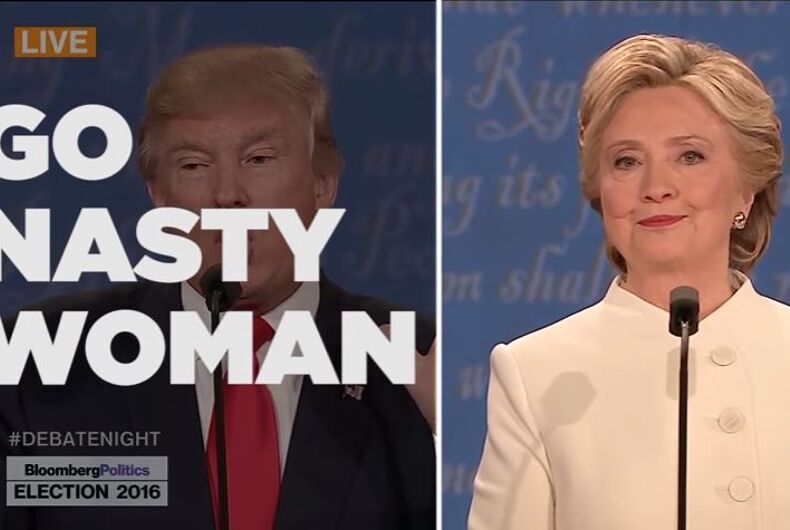 From the guy who brought you “The Hillary Shimmy Song,” Jonathan Mann, comes the send-up of the third and final debate that we all needed.

Donald Trump didn’t have himself in mind when he talked about the “bad hombres” we need to get out of the country, but plenty of people would like to see him take a long trip out of town.

Maybe Russia would take him off our hands?

One of Trump’s other most memorable lines during the debate came when Hillary Clinton needled him yet again about his taxes.

“Such a nasty woman,” Trump said of his opponent, shortly after having said no one respects women more than him, which resulted in laughter that had to be stifled by moderator Chris Wallace.

The insult backfired, like much of Trump’s rhetoric during this election, as many women quickly moved to embrace the title.

It also reportedly did wonders for the streaming numbers of Janet Jackson’s 1986 hit “Nasty.”

Once you’re done listening to Jackson’s song on repeat, check out what should really be the new campaign theme song for Clinton. How great would it be to watch her walk out to this at an upcoming rally?

Trump reminded everyone last night that he can be quite the nasty man himself, going after Clinton at the Al Smith Dinner where the two roasted one another. He drew boos from many in the audience who felt he was being too aggressive in his barbs.

Watch: Debunking the claim that Hillary Clinton is bad for LGBT people