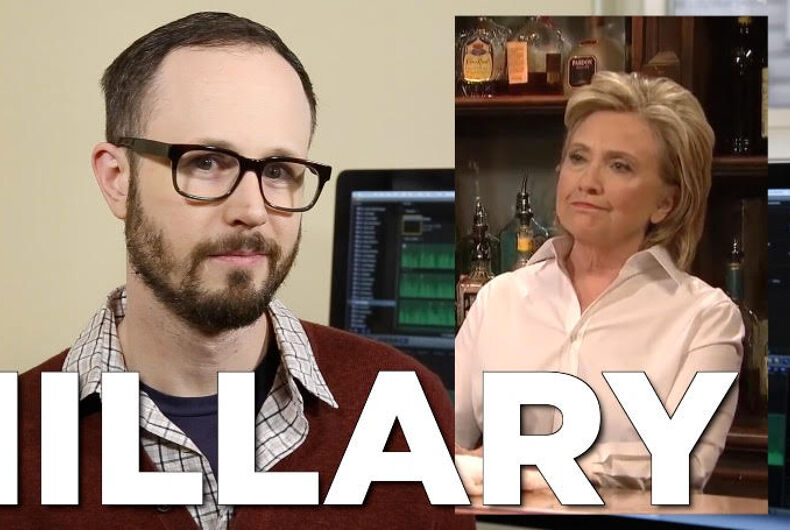 What will President Hillary Clinton do to improve the lives of queer people — or will she make them even worse?

Awhile back, I made a video about how Donald Trump is no friend to the gays. And ever since then I’ve been getting comments about how Hillary is an even bigger threat. So is she? I decided to clear things up with a video that tackles some of the main complaints about her.

It’s true that she expressed opposition to the freedom to marry in 2004. But her votes tell a different story.

That’s not quite true. The money didn’t go to Hillary — in fact, it was used to help LGBT people around the world. And when she had a chance to stand up to those countries and insist on reforms, she did.

This one’s just a rumor that isn’t true, based on a misreading of hacked emails. Read them yourself and you’ll see — she’s on our side.

Complaint #4: Hillary would let dangerous anti-gay radicals into the country.

Complaint #5: There are more important issues than LGBT equality.

It would be nice if this was true, but LGBT issues still impact just about every issue you could possibly care about, from housing to employment to homelessness and the military.

Yeah. That’s true. Hillary has changed her position over the last 40 years — which is another way of saying she’s improved her position.