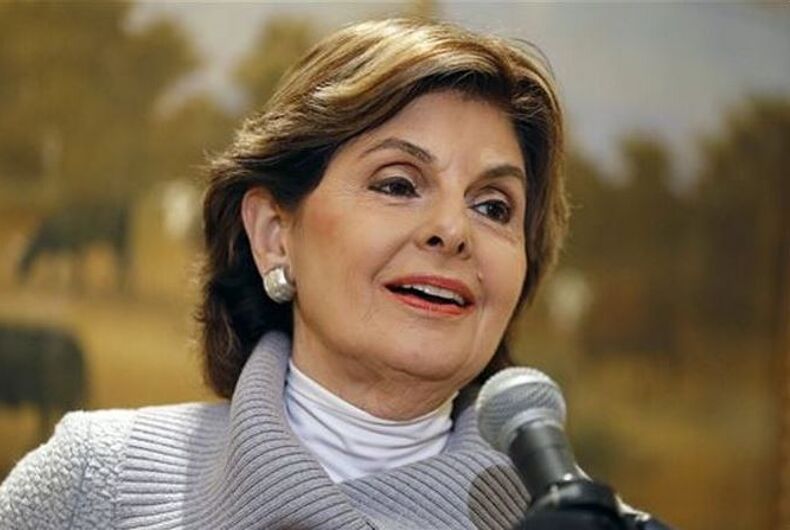 Donald Trump claimed in the second presidential debate that he has never sexually assaulted women, even while a recently surfaced tape from 2005 shows him bragging about doing just that.

Civil rights attorney Gloria Allred, famous for handling high profile sexual assault cases against men like Bill Cosby and Roman Polanski, told The Gothamist that she has been “contacted by women who allege inappropriate contact by Mr. Trump.”

“If there is an unwanted or unconsented to touching of a person’s intimate parts such as the genital areas or a woman’s breasts, that could constitute a sexual assault or a sexual battery,” Allred said. “I am disgusted by what Donald Trump said and admitted that he had done on that video. An apology is not enough.”

Allred, a Cinton supporter who was a delegate at the Democratic National Convention, has taken on Trump once before. In 2012 she successfully fought Trump and the Miss Universe pageant to allow transgender contestant Jenna Talackova to compete in the Miss Universe Canada event.

Trump complains about Allred in one of the Stern tapes unearthed by CNN, where he says, “Every time you see her it’s like, come on.” He also brags in that audio about never having gay thoughts during sex and never having had sex with a man.

He admitted at a rally on Monday that even more tape might come out that shows him speaking in lewd terms.

Trump is already facing an upcoming lawsuit alleging that he raped a 13-year-old girl, in 1994. He has denied the charges. It is set to be heard in December of this year.

During divorce proceedings, Trump’s ex-wife Ivana accused him of raping her once during their marriage, though she later said she did not mean that in “a literal or criminal sense.”