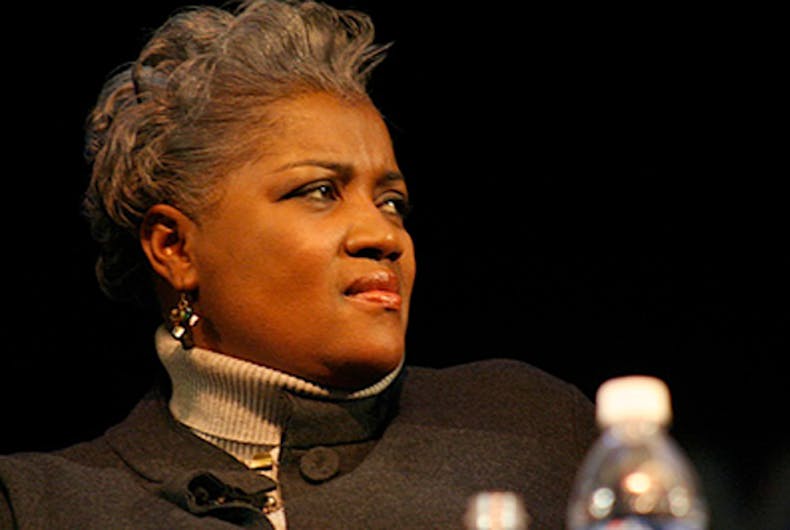 DNC Chair Donna Brazile is joining in the condemnations of Donald Trump and Marco Rubio for speaking to a gathering of anti-LGBT activists on the two month anniversary of the Pulse nightclub mass shooting in Orlando. The attack killed 49 patrons of the popular gay club.

Instead of honoring the memory of those we lost at Pulse two months ago, Donald Trump and Marco Rubio have come to Orlando to headline a gathering of some of the nation’s most incendiary anti-gay bigots. We at the DNC join all people of good conscience in expressing our solidarity with the Orlando LGBT community as they continue to grieve the deadliest shooting in American history. We suggest Trump and Rubio disavow these anti-gay extremists who have likened gay people to Nazis and characterized HIV/AIDS as divine ‘penalties’ for being gay. Failing to do so will be yet another example of the utter lack of judgment that makes Trump unfit to serve.”

Brazile took over the DNC following the abrupt resignation of former leader Debbie Wasserman-Schultz after Wikileaks exposed emails from the organization showing favoritism for Hillary Clinton over Bernie Sanders in the Democratic primary election.