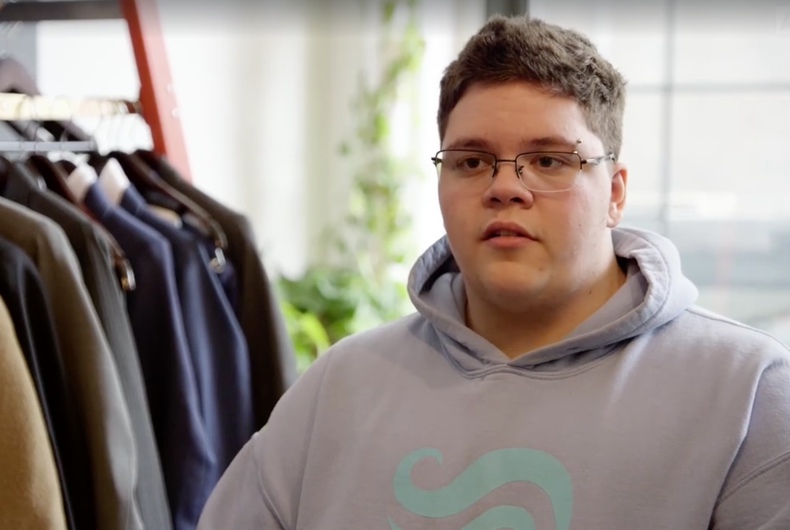 The U.S. Supreme Court will hear a groundbreaking transgender rights case this March, according to a schedule released Friday.

After Donald Trump’s election, there was some question about whether the court would uphold last October’s decision to hear the case of transgender teen Gavin Grimm, who is suing his Virginia high school for the right to use the restroom and locker room that corresponds with his gender.

The justices are scheduled to hear the case on March 28 and Grimm is preparing for the spotlight. Grimm was initially allowed to use the boys’ restroom at his high school, but after receiving complaints, the school board adopted a policy requiring students to use the restroom that corresponds with their sex assigned at birth or be segregated to a single-stall restroom.

“Being a high school student going to the Supreme Court certainly changed my narrative from the typical high school experience,” Grimm says as he gets fitted for a suit in a video produced by the ACLU, which is supporting Grimm in the case.

His case drew headlines as it advanced from remarks before the school board to federal courts. That’s because it’s not just Grimm’s life on the line. The Supreme Court’s ruling could settle, one way or another, the debate over whether transgender people should be regarded as the gender they say they are, and allowed equal access to public spaces like restrooms, for years to come.

“Two years ago, when I spoke to the school board, I remember being very afraid but I also remember having purpose and a goal,” Grimm says, “which was just to be able to be myself.”

If Senate Judiciary Chairman Charles E. Grassley succeeds in getting SCOTUS nominee Neil Gorsuch confirmed within six weeks time, the case may be decided by a full court. A lower court ordered the school board to accommodate Grimm, but that order is currently on hold thanks to an injunction from the High Court.

Hear more from Grimm and his mother below.