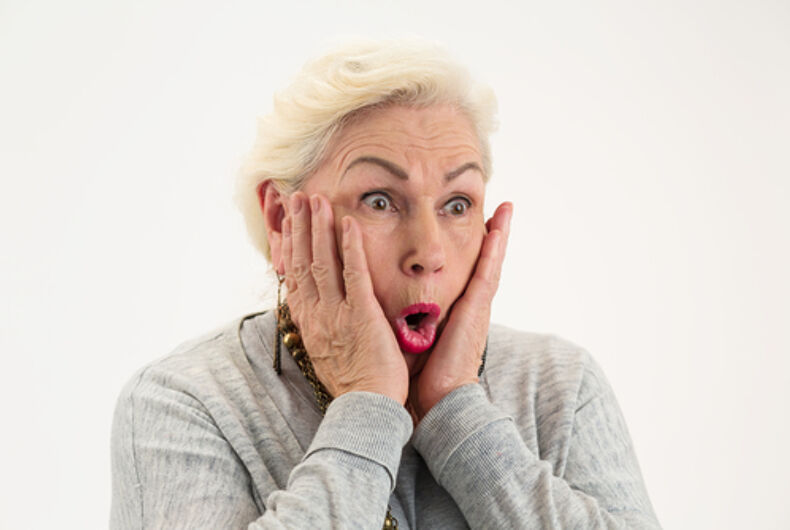 When The Australian Christian Lobby (ACL) invited people to RSVP for their upcoming antigay event this weekend, they never expected the thousands of names that came pouring in.

While that may sound like a good thing for the ACL, it was actually the result of a campaign started by LGBTQ rights activist Simon Hunt, reports the conservative website LifeSiteNews. He encouraged fans on his alter-ego Facebook page, Pauline Pantsdown, to flood the group’s RSVP page.

A group of Seventh Day Adventists invited ACL managing director Lyle Shelton to speak on issues including euthanasia, same-sex marriage and the “Safe Schools”program, which encourages acceptance and understanding of LGBTQ students.

Simon told followers to “be creative with your name,” saying his motivation was to encourage them to “let off steam.”

They answered the call in a big way, with over 54,000 fake attendees signing up under names Shelton called “the foulest, most degrading, most obscene written forms of communication I have seen in my life.”

“We are determined to not let this sort of intimidation shut us down,” Shelton told Eternity magazine.

“There is an obvious double standard – if a Muslim or LGBTI group was being attacked like this and having their events sabotaged, I think you would see a very different response from wide sections of the media, academia and others,” he continued.

“But because it’s a Christian group, it would seem it’s a double standard and I think this is something all Christians should be concerned about.

“As Christian people, we have got to start taking the political agenda behind the rainbow flag very seriously because it’s not neutral and it is seeking to create a regime that will limit freedom of speech – and limit the expression of the gospel itself.”

The group has hired three security guards to work at the event, with Shelton citing an incident in December where a van exploded outside its offices. Police concluded that the driver was not “politically, religiously or ideologically motivated.” Still, Lyle appears unconvinced and is seeking more information.

“Someone who spends their life directly threatening the safety of trans children is hiring three cardboard security guards to protect himself from fake RSVP names on a website,” Hunt posted on his Pauline Pantsdown page. “It must be difficult for Lyle Shelton to constantly invent his victim pantomimes when he’s got ‘child abuser’ stamped all over his soul. The only ‘filth’ here is a man who targets the most vulnerable children in the country, assigning them to his ideological scrap heap as collateral damage, mere pawns in a doomed crusade against the unrelated topic of same-sex marriage.”