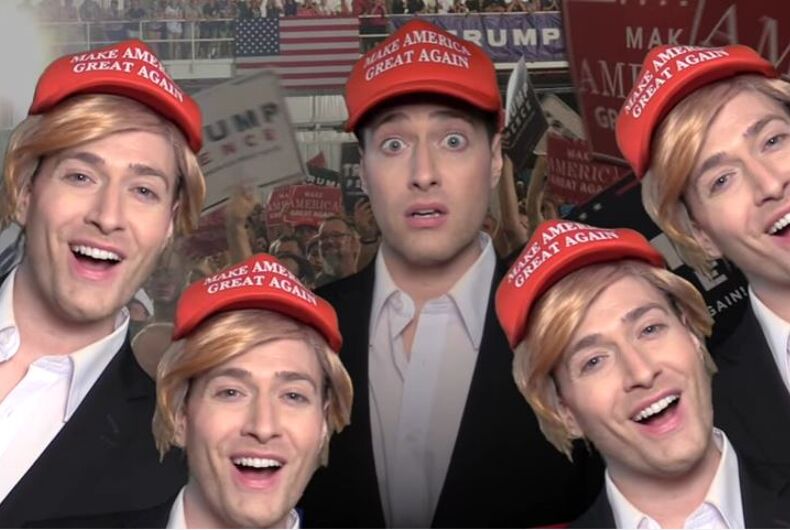 Randy Rainbow is back with a new video taking aim at President Trump, asking him politely to please stop making things up.

The video sees Rainbow facing off with the leader of the free world, and constant fibber, as a member of the press pool, using excerpts from Trump’s unhinged press conference. Some of the footage also comes from Trump’s interview with Bill O’Reilly, with Rainbow reacting to the president’s Putin deflection comment about America also being full of killers by giving his best deadpan to the camera.

“You sound like my drunk Aunt Suzanne at Thanksgiving,” Rainbow sings. “With all due respect to you, psycho, I don’t think real presidents get their briefings from Fox & Friends, right?”

If only he were that honest in real life.

5 perfect foods to prepare for the ultimate healthy workout