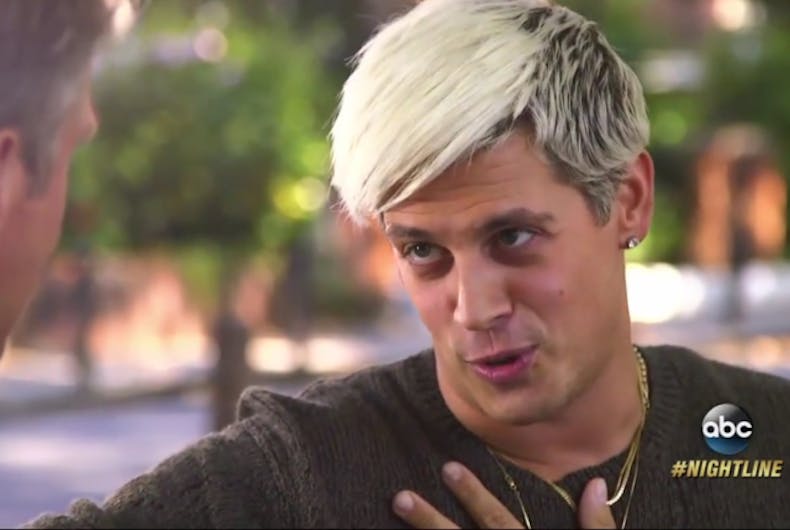 The event, which was also slated to include “Pharma Bro” Martin Shkreli (best known for dramatically increasing the price of an AIDS medication), was cancelled less than an hour before it was due to begin.

University officials said that the decision was made by the Davis College Republicans in consultation with the UC Davis Police Department and UC Davis Student Affairs officials after protestors blocked access to the event. The University also said that there was no property damage during the event and that one person was arrested inside the venue earlier in the evening.

But Yiannopoulos said in a Facebook post that he believes the University is lying to the media about both how the decision to cancel the event was made, and the tenor of the protests. He claims that his “guests” told Breitbart reporters they witnessed a variety of “violent” acts, including items being thrown at police, reporters, and other guests. However, he notes that police did not confirm these alleged acts.

An LA Times writer who covered the protest said they witnessed some “jostling” and a thrown cup of coffee, but no other “violence.” And while Yiannopoulos claims CNN’s cameras “captured violence,” their report on the event doesn’t include any violent footage. However, video taken by an attendee before the event shows what some say looks like dog feces being thrown at Shkreli as he spoke with fans and media.

#MartinShkreli getting what looked like dog poop thrown at his face after someone yelled "You piece of s**t" Vid by @Captain_Hooks @ABC10 pic.twitter.com/zYCiVhzNdb

The University expressed dismay over protestors’ unwillingness to respect views they find “repellent.”

“I am deeply disappointed with the events of this evening,” said Interim Chancellor Ralph J. Hexter. “Our community is founded on principles of respect for all views, even those that we personally find repellent. As I have stated repeatedly, a university is at its best when it listens to and critically engages opposing views, especially ones that many of us find upsetting or even offensive.”

The statement did not include examples of what the University believes constitutes “critical engagement.”

Yianoppoulos’ “Dangerous Faggot” speaking tour has encountered a number of protests along the way, and a handful of cancellations. The writer, who recently got a book deal with Simon & Schuster, frequently demeans transgender people and harassed a transgender student personally at multiple tour stops. He has also been accused of racism and misogyny, both for his harassment of “Ghostbusters” actress Leslie Jones and his support of the harassment of female gamers known as GamerGate, as well as for articles he has penned for Breitbart.

While Yiannopoulos shuns the “alt-right” label, he has become popular among the movement’s followers for his attacks on “political correctness,” white privilege, and feminism. His lifetime ban from Twitter has made him all the more celebrated by far-right conservatives concerned about “social justice warriors.” After he appeared as a nominee on LGBTQ Nation’s Person of the Year reader poll, Yiannopoulos directed his fans to vote in the poll, leading him to claim some 70 percent of the votes.