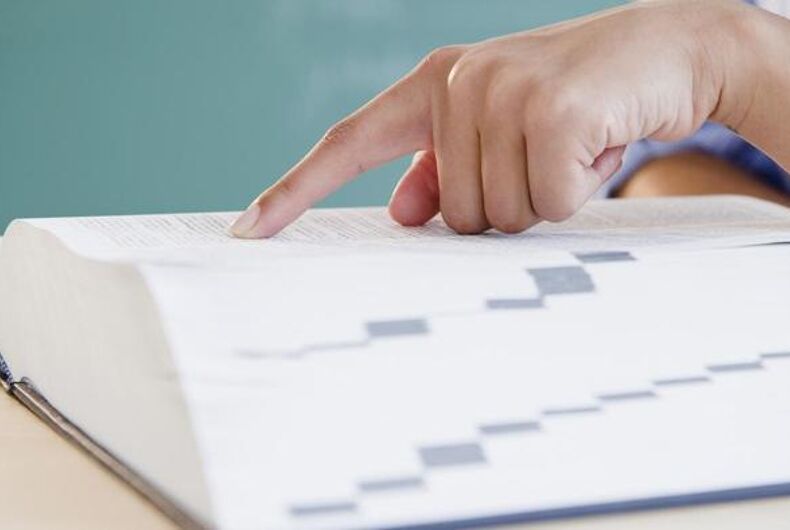 The American Dialect Society (ADS) has selected the suffix “-ussy” as its 2022 Word of the Year, after a TikTok trend popularized adding the end of the word “pussy” to basically any other word.

“The selection of the suffix -ussy highlights how creativity in new word formation has been embraced online in venues like TikTok,” said the chair of ADS’s New Words Committee Ben Zimmer. “The playful suffix builds off the word pussy to generate new slang terms. The process has been so productive lately on social media sites and elsewhere that it has been dubbed -ussification.”

The trend reportedly began based on a word long used by queer men – “bussy,” a portmanteau of “boy” and “pussy” that refers to a man’s anus.  Throughout 2022, TikTokers began adding the suffix to, well, everything. Last January, a Vulture explainer called it the “-ussification of language.”

ADS referred to this Vulture piece, written by Bethy Squires, in its announcement of the decision.

“Now, everything is a cat or a cavity,” the article stated. “A calzone is a pizzussy. A wine bottle has a winussy. Princess Fiona has an ogussy.”

The meaning of the suffix also varies and can be used to both feminize or masculinize something depending on the context, which linguist William Leap said is “quite ‘queer,’ in the sense that term need not have a fixed or stable reference, and neither needs the references to gender or sexuality with which the term is associated.”

The article also explained that while young people overall have popularized the “memefication of language and destabilization of meaning,” doing so is especially common among LGBTQ+ people, “for whom rigid taxonomy has often been oppressive.”

“Traditionally, gay men have been on the margins of society and have had to come up with new forms of vocabulary to delineate a different way of looking at the world,” said linguist Paul Baker. “This is often based on a kind of arch humor and tends to use a gamut of stylistic devices — alliteration, acronyms, rhyming, blending, punning, assonance, etc. — that are designed to be memorable and make others laugh.”

Vulture also acknowledged that the “-ussy” trend will almost certainly go out of style at some point but that the importance is not in the trend itself but rather the continued manipulation of language.

“…much -ussification seems like a deliberate attempt to destabilize English as a whole. The goal is not to run a trend into the ground, it is to obliterate any notion of fixed meaning.”

This is ADS’s 33rd annual Word of the Year selection and was the result of the votes of over 200 experts. In the past, ADS has recognized several queer words. In 2019, for example, its word of the year was “(my) pronouns,” and its word of the decade from 2010-2019 was “they” as a singular pronoun.

"the american dialect society put their whole american dialussies into this vote. or whatever" – @annzhao_ #WOTY2022 https://t.co/ZmwawgW8gE

The word of the year for the American Dialect Society is -ussy. I don't think I can recover from this pic.twitter.com/lbb9kIOBeO

Great work, everyone. Let's pop that pssy one time for the American Dialect Society. https://t.co/dDXhovV2Qr