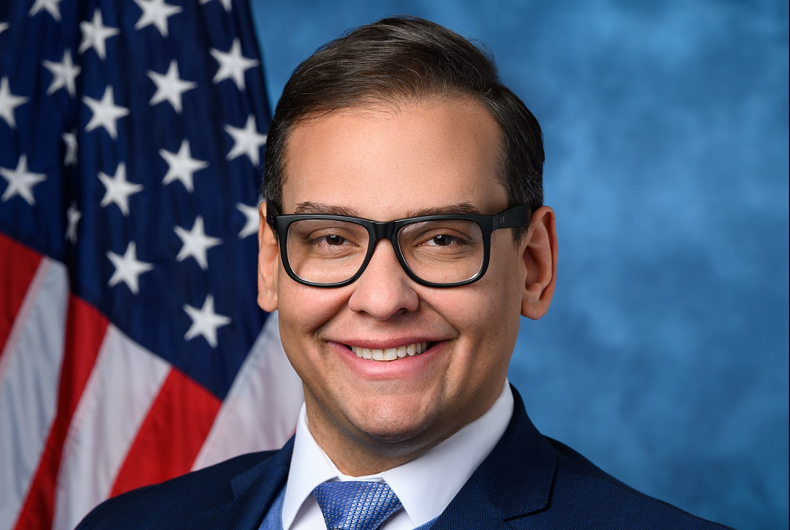 A recent report from the New York Times suggests that many Republicans knew about the litany of lies told by out Rep. George Santos (R-NY) before he was elected, but they said nothing.

Since his victory, Santos has been repeatedly and credibly accused of lying about his background, education, work history, personal life, charity work, and more. He has also been accused of violating campaign finance law, being involved with a venture capital firm that has been accused of fraud, and stealing from more than one former roommate. He has admitted to many of these lies but denies criminal wrongdoing.

The report from the Times says the walls began to crumble after the Santos campaign hired a research firm to do a vulnerability study on him, a routine effort to find anything in his life an opponent could use against him. The firm discovered several of Santos’s lies, and as a result some of his campaign vendors tried to get him to stop running. When he wouldn’t, many of them quit.

It is unknown whether the results of the vulnerability study became known to top Republican leaders, but it seems clear that at the very least, a small group of Republican campaign professionals knew what was going on.

The question of how Santos was able to come this far without his fabrications coming to light remains, but it does seem that Republicans privately maintained suspicions.

Democrats, on the other hand, simply did not invest the time or money to expose him, the Times said. During Santos’s first run in 2020 against Democratic incumbent Tom Suozzi, he wasn’t considered a viable enough candidate to be worth using campaign resources on opposition research against.

“No one knew George Santos, and he had less than $50,000 in campaign funds against a popular incumbent who never even said his name,” explained Suozzi adviser Kim Devlin. “We didn’t feed anything to the press because why would we give him press?”

Nevertheless, members of Santos’s own party continued to be suspicious.

“We’re just so tired of being duped,” wrote one potential donor, Kristin Bianco, in a text to Santos in early 2022. Santos had refused to share a copy of his resume with Bianco, saying it was “something very personal.”

The leader of the Republican super PAC Congressional Leadership Fund, Dan Conston, who the Times describes as “a close ally of Speaker Kevin McCarthy” (R-CA) also reportedly expressed his worry that Santos was a fraud to several Republicans in the lead-up to Santos’s 2022 campaign. The Congressional Leadership Fund did not support Santos’s 2022 campaign but never publicly stated why.

McCarthy, who endorsed Santos, recently told the press that he “always had a few questions” about Santos’s resume and said that he didn’t know “until a later date” that a Santos campaign staffer named Sam Miele allegedly pretended to be Dan Meyer, McCarthy’s chief of staff.

Miele, saying he was Meyer, called and emailed wealthy Republican donors, according to a GOP donor who spoke to CNBC. McCarthy’s team reportedly learned that someone was impersonating them in August 2021 and that Miele used a fake email address to send and respond to emails as Meyer.

McCarthy said he spoke to Santos about it but emphasized again that he didn’t know about it “until a later date.”

McCarthy has said he will not encourage Santos to resign, and Santos has declared he has no plans to do so.

As it became clear that the 2022 race between Santos and Democrat Robert Zimmerman would be competitive due to newly drawn district lines, Democrats began doing more opposition research on Santos. Resources were scarce and not enough were spent on Santos, even after several suspicions were noted in the research that did take place.

“We knew a lot about him did not add up; we were very conscious of that,” said Zimmerman. “But we didn’t have the resources as a campaign to do the kind of digging that had to be done.”

Zimmerman said his campaign tried to get the press to do some investigating of its own, but almost no one bit.

“One person said to me, there are 60 to 80 crazy people running, we can’t investigate them all.”

One notable exception, local Long Island outlet The North Shore Leader, published more than one article accusing Santos of being “a fake.” Despite being run by a Republican, the paper endorsed Zimmerman for Congress.

“This newspaper would like to endorse a Republican for US Congress in NY3 (Oyster Bay, N Hempstead, NE Queens),” the endorsement announcement stated, “But the GOP nominee – George Santos – is so bizarre, unprincipled and sketchy that we cannot.”