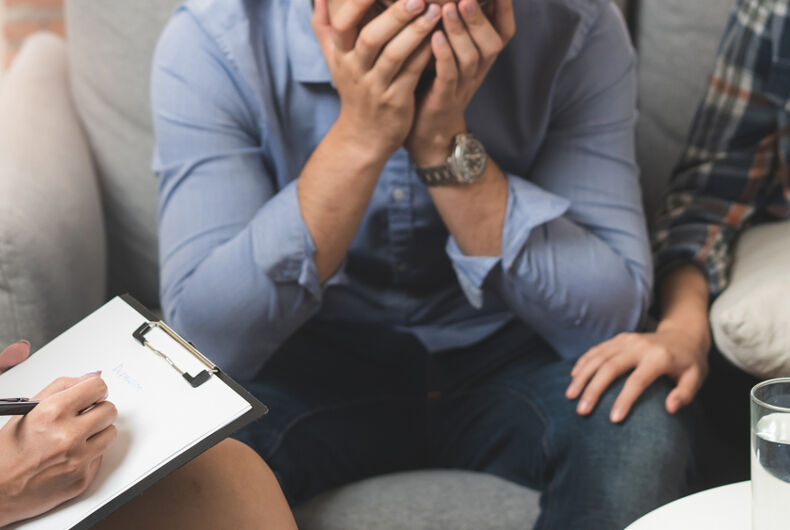 Under Gov. Tony Evers (D), the state’s Marriage and Family Therapy, Professional Counseling, and Social Work Examining Board, an examining board in the Department of Safety and Public Standards (DSPS) which oversees licensing for mental health professionals, adopted rules banning the widely discredited practice of attempting to change LGBTQ+ patients’ sexuality or gender identity in 2020.

In 2021, Republicans on the Joint Committee for Review of Administrative Rules temporarily suspended the ban. Republicans in both the state Senate and Assembly both took up a bill blocking the DSPS rule, but that bill died in committee at the end of the 2021–22 legislative session, and the committee’s ban lapsed. The ban on “conversion therapy” went back into effect on December 1.

On Thursday, the six Republicans on the Joint Committee for Review of Administrative Rules voted to once again temporarily suspend the ban. The committee’s four Democrats opposed the move.

Mike Mikalsen, chief of staff for rules committee co-chair state Sen. Steve Nass (R), claimed that the DSPS licensing board had no authority under state law to reinstate the ban. “It’s not about the policy itself,” he told the Associated Press about Republicans’ action.

State Rep. Adam Neylon (R) echoed that reasoning during a public hearing ahead of Thursday’s vote, insisting that the issue was that the DSPS examining board overstepped its bounds, not whether conversion therapy is morally or ethically right or wrong.

Marc Herstand, executive director of the Wisconsin chapter of the National Association of Social Workers, disagreed, telling the committee that the board has the authority to ban “conversion therapy” because it equates to unprofessional conduct that can drive patients to suicide. The ban on “conversion therapy,” he said, “is necessary to protect the mental health of children in our state.”

As Wisconsin Public Radio notes, protecting “conversion therapy” through a temporary rules change instead of by passing a law allows Republicans to avoid a likely veto from Evers, who won reelection in November. Evers signed a 2021 executive order prohibiting the use of taxpayer money to fund youth “conversion therapy.”

State Sen. Chris Larson (D), who voted with the committee’s other Democrats to keep the ban in place, accused Republicans of trying to “short-circuit the process.”

“I don’t think that this is the role of this committee, nor the Legislature, to micromanage what we think is professional conduct for people who want to engage in something so vile and so detestable as to try, under the guise of professionalism, to bully our youth and bully other people by just saying that you need to you need to pray the gay away,” he said.

“It’s disappointing that the very first move the GOP is going to make this legislative session is to green-light abusive practices against children,” said state Sen. Kelda Roys (D), who also sits on the rules committee.

Last June, President Joe Biden issued an executive order instructing the Department of Health and Human Services (HHS) to issue rules that ban the use of federal funds for programs that offer conversion therapy and to increase public awareness about the harms of conversion therapy.