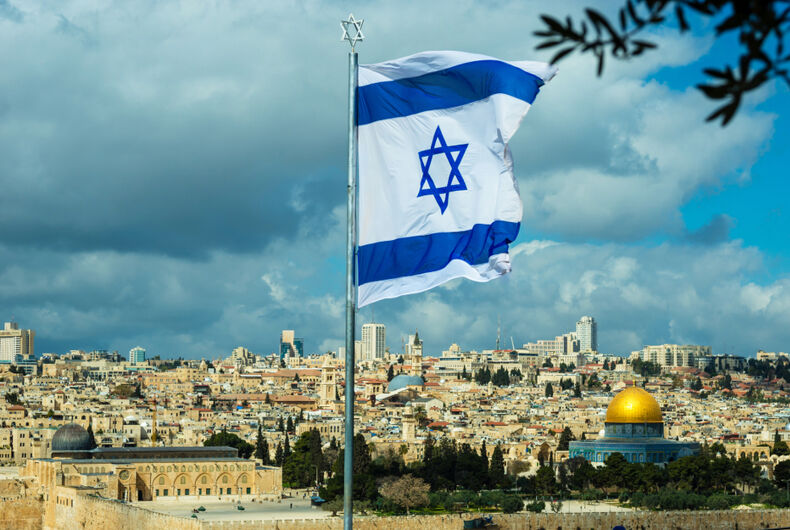 An influential Israeli rabbi with ties to his country’s incoming conservative lawmakers has made homophobic comments about Amir Ohana, the first out LGBTQ+ speaker ever to serve in the country’s parliament, the Knesset.

Last Saturday, Rabbi Meir Mazuz — a Haredi rabbi at the Kisse Rahamim Yeshiva, an orthodox seminary — told students attending an online lecture that Ohana was “infected with a disease” and that his sexual orientation was responsible for a 2021 crowd crush that killed 45 people, The Times of Israel reported.

Mazuz insinuated that Ohana’s “disease” had caused the outcome of a deadly crowd crush that occurred in 2021 during the annual pilgrimage to the tomb of Rabbi Shimon bar Yocha in Mount Meron, Israel. Ohana was the public security minister at the time and oversaw policing at the event, The Middle East Eye noted.

“Two years ago, something happened at Lag B’Omer and people say… that there was some minister there in charge of Meron who is himself infected with this disease. So do we even need to question why it happened to us?” Mazuz rhetorically asked his seminary students, without specifically mentioning Ohana’s name.

Ohana, who has two children with his same-sex partner of 18 years – Israel does not grant marriages to same-sex couples – responded by calling Mazuz’s comments evidence of “baseless hatred.” Ohana also pledged not to let incoming conservative legislators fulfill their pledges to roll back progress on LGBTQ+ civil rights.

Israeli Prime Minister Benjamin Netanyahu also condemned Mazuz’s remarks, even though political observers worry that he will have to make deals with anti-LGBTQ+ lawmakers to create a governing coalition in the parliament.

In his Saturday comments, Mazuz also told his students that they should distance themselves from Pride parades.

“You see people walking and bragging [about] the Pride Parade in Jerusalem,” he said. “Close the windows and tell your children: ‘This is a parade of animals, you have no business looking at it. These are animals walking on two legs. What can we do about them?’”

Mazuz has made anti-LGBTQ+ statements in the past. He said that the COVID-19 outbreak in Israel was “divine punishment for gay pride parades,” that gay Jews can’t be involved in the religion’s holiest prayers, and he also blamed Pride parades for a Haredi Jew’s lethal 2015 stabbing of a 15-year-old Pride attendee.

Mazuz supports the Shas political party which represents Orthodox Jews. The party’s founder opposes any public expressions of LGBTQ+ identity, has accused queer people of “carrying out the self-destruction of Israeli society and the Jewish people,” and has called homosexuality “a plague as toxic as bird flu,” Haaretz reported.

However, in his first remarks as Knesset Speaker, Ohana said, “This Knesset, under the leadership of this speaker, won’t hurt [my own family] or any other family, period.”