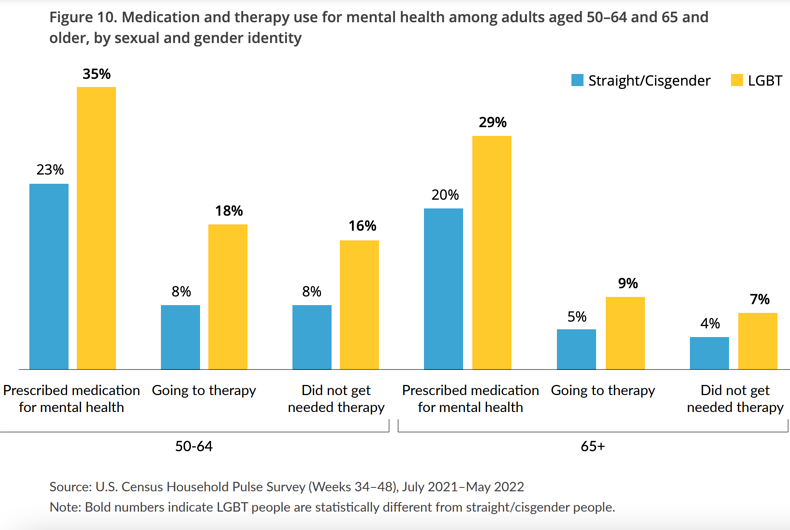 A new study by the Williams Institute at UCLA finds older LGBTQ+ Americans were affected more negatively by the COVID-19 pandemic than their straight peers.

Using data from the U.S. Census Household Pulse Survey, the report examined the demographics, health, and economic experiences of LGBTQ+ adults aged 50–64 and those aged 65 and older during the COVID-19 pandemic.

That survey data included questions about sexual orientation and gender identity for the first time, granting researchers an unprecedented trove of information about LGBTQ+ Americans.

Here’s what they discovered by the numbers:

Figure 1 breaks down the percentage of straight/cisgender and LGBTQ+ adults aged 50–64 and 65 and older in the United States by race/ethnicity. 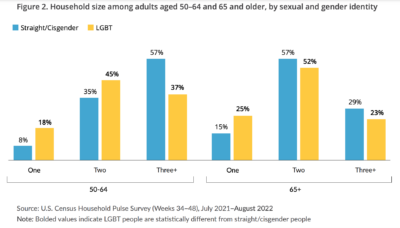 Figure 2 shows household size among adults aged 50–64 and 65 and older by sexual and gender identity. 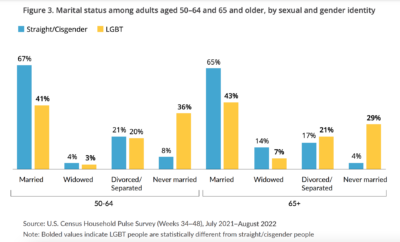 Figure 3 compares marital status among 50+ straight and LGBTQ+ adults. While a much higher percentage of the straight 50+ population are or have been married compared to LGBTQ+ people, the number is about even for divorce and separation. 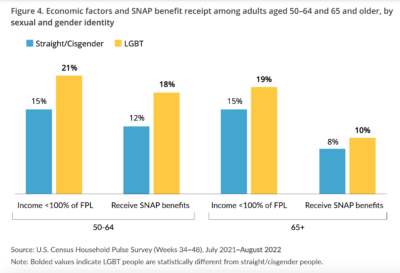 Figure 4 compares economic factors and receipt of food benefits by sexual and gender identity. A higher percentage of older LGBTQ+ adults live below the federal poverty line (FPL) than their straight counterparts. 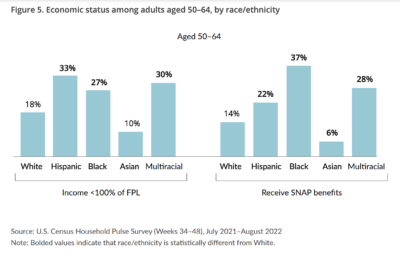 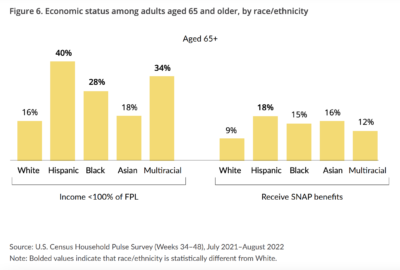 Figures 5 and 6 break down economic status during the pandemic among all adults aged 50–64 and 65 and above by race/ethnicity. 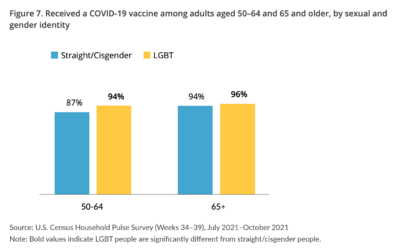 Figure 7 compares the percentage of straight and LGBTQ+ adults 50 and older who received a COVID-19 vaccine. In both age cohorts, almost all LGBTQ+ people had received the COVID-19 vaccine; more than their straight peers. But among those who tested positive or had been diagnosed with COVID-19, the proportions were similar. 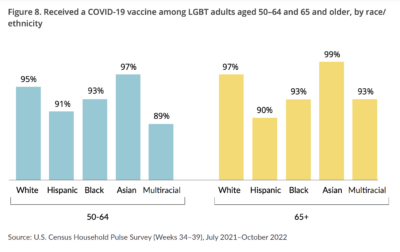 Figure 8 shows who received a COVID-19 vaccine among LGBTQ+ adults by race/ethnicity. The Asian population’s vaccine rate was close to universal.

About 40% of LGBTQ+ and straight/cisgender people tested positive for COVID-19 or had been diagnosed with the virus by a healthcare provider. 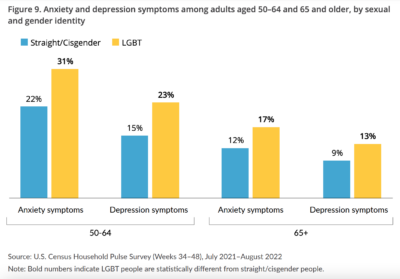 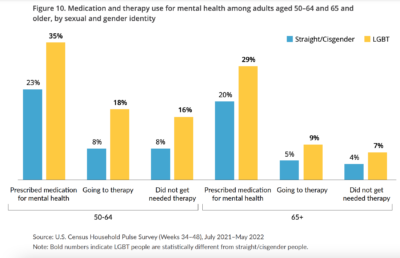 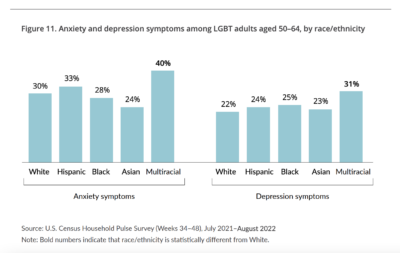 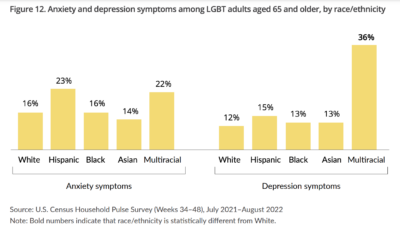