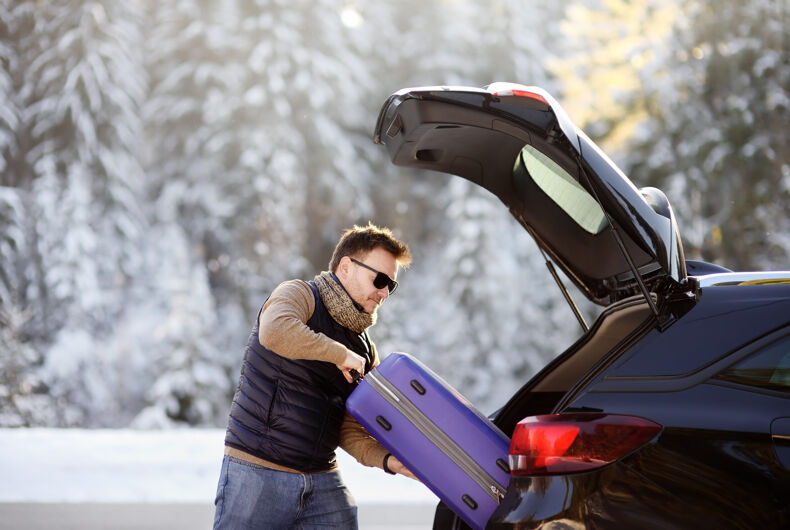 In a heartwarming tale of family acceptance, a dad surprised his son by traveling almost 300 miles to be there for his first-ever drag performance.

The father of 20-year-old Alex Truesdale – whose drag name is Rosebud – traveled from Northern Ireland to West Lancashire, England to see the performance.

“He arrived at my door at 10 am, I couldn’t believe it. I was like ‘Why are you here?'” Truesdale told The Echo.

“It was such a wholesome moment my dad being there cheering me on like he always has since day one. My dad is my hero. He’s annoying and frustrates me sometimes but we always build a bridge, dry the tears and move on. I can tell him anything, especially since I flew the nest.”

Truesdale, a makeup artist, has loved drag since the age of four, but it took much longer for him to fully embrace it.

“I was in an extremely lonely place at the age of 11 and in that place of feeling isolated, I felt like I couldn’t turn to anyone. I began watching RuPaul’s Drag Race and I started using makeup as a way to project my emotions. When I turned 16, I finally came out and it gave me that boost of confidence I needed to try drag for the first time after religiously being captivated by RuPaul.”

Truesdale does not have a good relationship with his mother and said he dealt with nightmares and eating disorders after their relationship imploded. He grew up in Northern Ireland and endured endless bullying but refused to let it stop her from embracing her true self. Her dad, she said, has been her rock through it all, always supporting her and loving her for exactly who she is.

“I used to get bullied daily in school up until the moment I came out,” he said. “I finally came to the realization that what everyone was saying was facts. I am gay and I am proud.”

“But being openly gay and happy was something a lot of people didn’t agree with that,” he went on. “There were plenty of moments when I wanted to just give up. But I didn’t because I reminded myself of four-year-old me who fell in love with [drag].”

Drag, he added, is “an escape from reality.”

“Drag helps me express how I feel in so many amazing ways. I would be lost without it. It’s my hobby, my passion and something that separates my boy job as a makeup artist from the crazy drag life as Rosebud. People think it’s the same person, but to me, it’s my safety blanket. Once I cake my face in makeup, chuck those heels on and throw a wig on I feel invincible, more so than I would as Alex.”

Canadians are being asked to host LGBTQ+ Ukrainian refugees