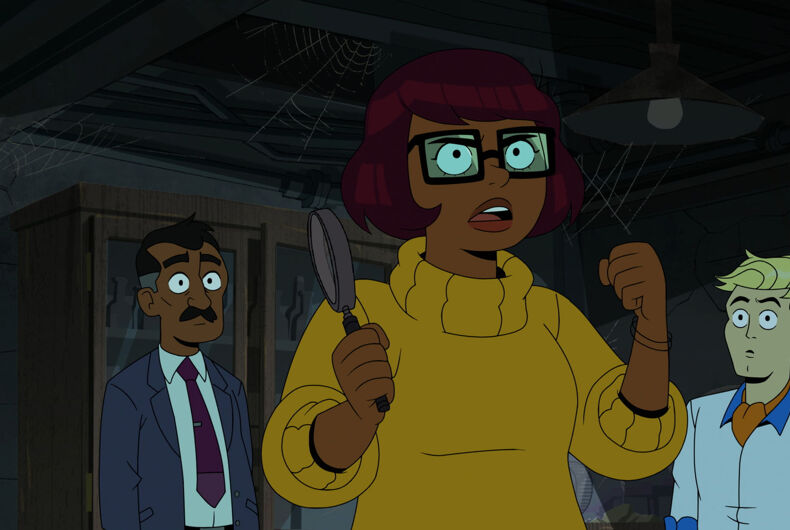 The name on everyone’s lips is Velma. That includes One Million Moms’ Monica Cole’s.

The leader of the anti-LGBTQ+ organization is calling on her followers to boycott HBO Max’s adult animated series about the bespectacled member of the classic Scooby-Doo gang.

The series from executive producer Mindy Kaling, who also voices the title character, attempts to recast Velma in a more adult mystery, depicting her as both openly queer and of South Asian descent. It also has the odd distinction of reportedly being both the streamer’s biggest premiere for an animated series and widely panned by critics.

Velma is also rated TV-MA, putting it in the category of animated series aimed at adults like Rick and Morty, Archer, and BoJack Horseman.

But that hasn’t stopped Cole from attacking the series. A petition on One Million Moms’ website urges parents to demand that HBO Max cancel the series—which, given the critical response and the platform’s recent streamlining seems like a distinct possibility anyway.

“Warning! Parents, do not be fooled by Velma, the adult Scooby-Doo cartoon series streaming on HBO Max,” the petition reads. “Onemillionmoms.com (1MM) suspects there will be a lot of shocked moms and dads when they discover that the animated series Velma is not for family viewing but for adults only. It appears that no subject is off-limits. Velma features lots of nudity, violence, and gore, including an oozing corpse. The new show targets a mature audience and addresses subjects unsuitable for anyone, much less for children.”

Predictably, Cole is particularly incensed by the show’s portrayal of Velma as queer. One Million Moms, a project of the SPLC designated hate group American Family Association, previously had a meltdown over another Scooby-Doo film that premiered last October, in which Velma has a crush on another girl.

“In the last Scooby-Doo film, 1MM warned parents about the portrayal of Velma as a lesbian. Now, this reboot of Velma will also feature limbs being severed, one of the main characters going to a strip club with her dad, and two teenage boys making out at their high school,” the organization’s website continues. “It is obviously not the show it once was. HBO Max has ruined the Scooby-Doo creation. How many parents want to explain to their children why they can no longer watch the familiar gang of characters in Scooby-Doo! Mystery Incorporated?”

They even have a petition on their website calling for the show to be canceled.

“I disapprove of Velma, the animated Scooby-Doo spinoff, and its depictions of perversion, violence, and gore,” the petition reads. “This type of content is dangerous to children or anyone who stumbles across it. Who approves of such an irresponsible and disturbing series? I urge HBO Max to cancel Velma immediately.”

The one mom at "One Million Moms" is now going after Velma, a critically panned series with a TV-MA rating that's only on HBO Max, because (wait for it) it's not kid-friendly.

(When the series is canceled, you can bet the same Christian group will take full credit.) pic.twitter.com/XWGlD6XSLa

Of course, One Million Moms has an extensive track record of protesting any family-friendly entertainment that includes the vaguest acknowledgment that LGBTQ+ people exist.

This isn’t even the first time the group has also targeted a series aimed at adults. Its website touts “successes” in supposedly contributing to the cancelation of ABC’s Once Upon a Time and the short-lived Fox sitcom The Mick, and getting companies to pull ads from Hulu’s Little Demon.