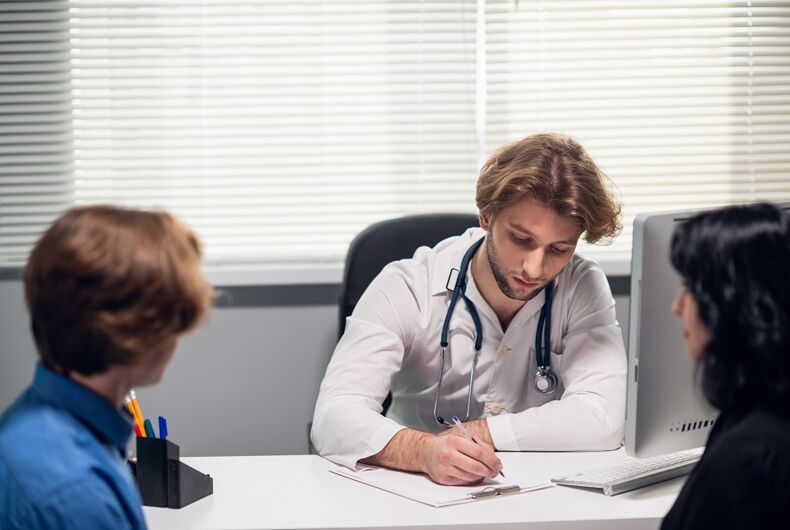 Though Kacsmaryk’s ruling could be overturned on appeal, it’s just the latest attack by right-wing judges on bodily autonomy and sexual freedoms since Supreme Court Justice Clarence Thomas said in June that the nation’s highest court should overturn the rights to contraception, private sex between consenting adults, and same-sex marriages.

At the start of December, Kacsmaryk issued a ruling on Title X, a federal program that gives funding grants to health providers that specialize in voluntary, confidential family planning, and reproductive healthcare services.

Federal law requires the program to offer “services for adolescents.” However, a Texas father named Alexander Deanda sued the program, saying that it should require funded clinics to get parental consent before offering contraceptives or any other care to minors.

Deanda wrote that he is “raising each of his daughters in accordance with Christian teaching on matters of sexuality, which requires unmarried children to practice abstinence and refrain from sexual intercourse until marriage,” Vox reported.

Deanda’s kids never sought contraceptives or care from a Title X-funded clinic, nor did he say that they ever intend to. As such, legal precedent would normally say that he likely lacked legal standing to challenge the program since he had never been harmed by it.

Moreover, previous U.S. Supreme Court decisions have ruled that a parental right to block one’s children from accessing contraceptives “would undermine the minor’s right to privacy.”

But since Texas procedural rules allow plaintiffs to essentially choose which judge will hear their case, conservative plaintiffs in the state tend to choose Kacsmaryk because he’s known for his pro-conservative rulings as well as his past work as a right-wing Christian activist.

Kacsmaryk’s decision said that Title X “violates the constitutional right of parents to direct the upbringing of their children.” The judge based his decision on Texas state laws which give parents a right to consent to their child’s “medical and dental care.” However, the U.S. Constitution literally says that federal laws supersede state laws.

His decision will likely be appealed to the very conservative Fifth Circuit court, which has a history of approving Kacsmaryk’s and other conservative judges’ broad and poorly reasoned rulings. No matter whether his ruling is overturned or not, it could put the Title X program into disarray, especially since Deanda’s lawyers want an injunction that could temporarily shut down the program and block teenagers from getting reproductive healthcare.

Kacsmaryk’s ruling isn’t surprising. He wrote in a 2015 article that the Supreme Court ruling legalizing same-sex marriage and the LGBTQ civil rights protections sought in the Equality Act would harm people who oppose LGBTQ+ identity on religious grounds and allow the “sexual revolution” to negatively influence “marriage, sexuality, gender identity, and even the unborn child.”

Conservatives are using “parents’ rights” as a way to limit freedoms

Kacsmaryk’s ruling is also part of a larger nationwide push among Republicans, conservatives, and right-wingers to establish so-called “parents’ rights” above everyone else’s.

So-called “parents’ rights” groups, like Moms for Liberty and No Left Turn in Education, have used such outrage to ban LGBTQ+ library books and so-called “critical race theory” (a term they use to vaguely describe anti-racist educational materials) from schools and public libraries, claiming the books are “inappropriate,” “pornography,” or a way of “indoctrinating children.”

Some of these groups and other right-wing pundits claim that transgender-inclusive school policies, like ones allowing bathroom use and sports participation, are a threat to children. They say these policies, and LGBTQ-allied teachers, seek to convince impressionable young children into “gender confusion” or “rapid onset gender dysphoria” in order to provide them psychological and medical care without consideration of “parents’ rights.”

Conservatives have also long opposed public sex education classes and making contraceptives available to teenagers. Right-wingers argue that sex-ed and contraceptives encourage teenagers to have sex and such instruction should only happen in private between parents and their kids. Meanwhile, multiple studies have shown that comprehensive sex education and contraceptives reduce rates of teen pregnancies, sexually transmitted infections, and abortions.

If Kacsmaryk, Deanda, and other right-wingers have their way, parents’ rights will help them keep contraceptives out of younger people’s hands. Such “parents’ rights” advocates aren’t necessarily worried about preventing negative personal and social outcomes for young people — they’re more interested in exerting power and control over other people’s bodies, their speech, their sex lives, and the very right to choose what’s best for themselves.

Out actor Drew Droege was told that same-sex affection was not welcome at L.A. restaurant