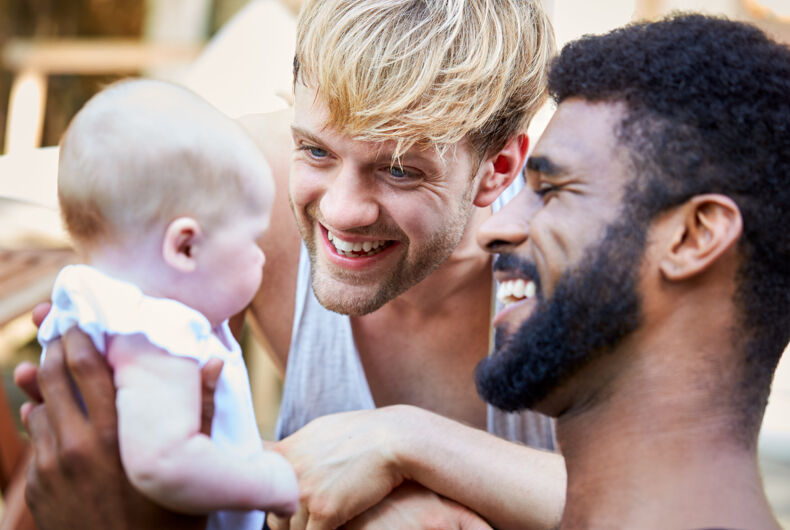 The state of Texas is taking another swing at eliminating federal rules that forbid discrimination against LGBTQ+ foster parents and married couples seeking to adopt children.

In his own words, Texas Attorney General Ken Paxton (R) “just filed yet another Biden Lawsuit,” this time attempting to strike down the Sexual Orientation and Gender Identity (SOGI) Discrimination law, which forbids recipients of federal funding from discriminating on the basis of sexual orientation and gender identity, including those that provide foster care and adoption services.

The complaint, filed Monday in U.S. District Court for the Southern District of Texas, seeks to repeal SOGI altogether, or at a minimum grant a declaratory judgment that Texas and the state’s Department of Family and Protective Services (DFPS) are not in violation of the law. The suit claims Texas is in full compliance because the state and DFPS “serve all foster children and are willing to work with all potential foster parents.”

Not all adoption and foster care services Texas partners with, however, can say the same.

The lawsuit concedes many of the agencies DFPS works with have “sincerely held religious beliefs” that require them to discriminate against LGBTQ+ families and potential parents. But the complaint argues that foregoing federal funding, or severing relationships with those faith-based groups — which compliance with anti-discrimination rules requires — would negatively impact all children seeking placement.

“There are so many vital religious institutions in Texas and around the country that can aid in making sure foster children are protected and able to find good homes,” AG Paxton said in a statement accompanying the suit. “The SOGI Rule would force them either to adopt a radical woke agenda or surrender their mission of helping children. That’s not right.”

“It’s a disgrace that the Biden Administration is playing politics with our foster care and adoption services,” Paxton added about the Obama-era law. “This lawsuit aims to put our children first and to protect religious freedom.”

Advocates of anti-discrimination rules say that foster and adoption agencies that refuse to work with LGBTQ+ potential parents and families make it harder for kids to be placed in homes. In many areas, a religious adoption agency may be the only one available. LGBTQ+ teens may also have a tough time getting placed by an agency that only works with conservative Christian families.

Texas first tried to strike down the law in 2019 during the Trump administration. At that time, the state reached an agreement in federal district court with the U.S. Department of Health and Human Services (HHS) abandoning enforcement of SOGI, with plans for the Trump White House to issue a new rule repealing it. The law remains in effect today.

A series of court rulings and administrative actions over the last several years has carved out anti-LGBTQ+ exemptions for religiously affiliated organizations offering adoption and foster care placement services.

In 2019, HHS waived its anti-discrimination rules for a South Carolina foster agency that didn’t want to place children with families not meeting the organization’s religious standards.

In 2021, the Supreme Court decided unanimously against the City of Philadelphia for barring the adoption agency Catholic Social Services from placing children through municipal programs. The city argued that the agency’s willful violation of local nondiscrimination law meant the agency wasn’t qualified to get city business.

And this year, a federal judge ruled that a Syracuse, New York adoption agency can continue its ban on placing children with LGBTQ+ couples and unmarried parents.

One exception to the trend: Bethany Christian Services, one of the largest adoption agencies in the U.S., agreed last year to place children in homes of LGBTQ+ parents, overturning a previous policy excluding same-sex couples from consideration.

“We will now offer services with the love and compassion of Jesus to the many types of families who exist in our world today,” said Chris Palusky, president of the organization, in an email to about 1500 staff members. “We’re taking an ‘all hands on deck’ approach where all are welcome.”