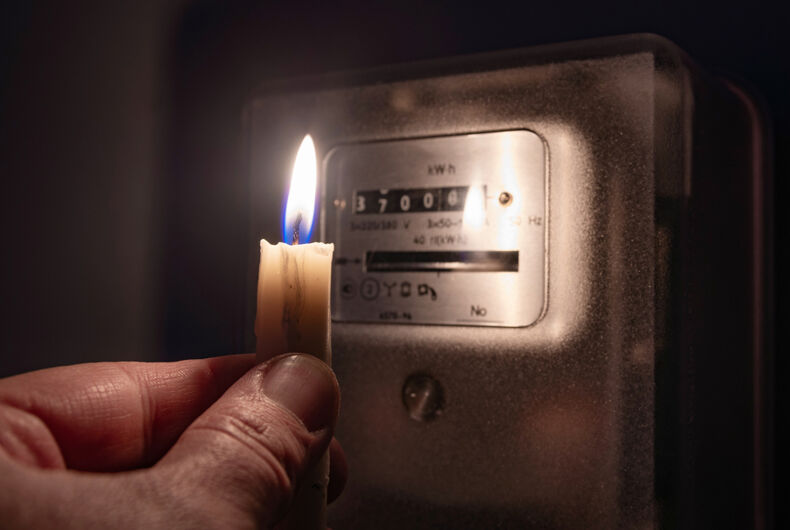 A North Carolina woman who called for protest at a drag show claimed to know why an allegedly “intentional” massive blackout in the state happened during the drag show, sparking speculation online that she knew power systems were targeted by anti-LGBTQ+ activists. An investigation found that she is not credible.

Since Saturday night, around 45,000 people in Moore County, North Carolina have been without electricity after what authorities are calling “intentional” and “targeted” attacks on power substations.

On social media, rumors have swirled that the attacks were related to a drag show taking place in Southern Pines, North Carolina.

Following the blackout, former U.S. Army psychological operations officer Emily Grace Rainey wrote on Facebook: “The power is out in Moore County and I know why.” According to WRAL News, Rainey, who was investigated by the Army after leading a group to the rally in Washington that led to the January 6 Capitol insurrection, repeatedly and vehemently protested the drag show.

Emily Rainey, a former Army officer who resigned after the Army launched an investigation into her participation in the Jan. 6th attack, posted this about the power outage. pic.twitter.com/kiwyuafMmJ

Rainey also posted a photo of the Sunrise Theater, where the drag show took place on Saturday night, writing that “God will not be mocked.”

Rainey later posted that she had been questioned by the Moore County Sheriff’s Office about her post regarding the blackout. “God works in mysterious ways … I used the opportunity to tell [officers] about the immoral drag show and the blasphemies screamed by its supporters,” she wrote.

During a news conference on Sunday, Moore County Sheriff Ronnie Fields confirmed that Rainey had been questioned but said that her claims on social media were not credible. Fields said that investigators “have not been able to tie anything back to the drag show.”

CNN reports that the FBI has joined the investigation after crews responding to the outage found signs of potential vandalism at two sites. Fields said that multiple gunshots appeared to have been fired at two power substations, leading to the blackout shortly after 7 p.m. on Saturday.

“The person, or persons, who did this knew exactly what they were doing,” Fields said. “We don’t have a clue why Moore County.” He added that no group has claimed responsibility for the attacks.

The attacks left tens of thousands without power and many without heat on a night when temperatures were expected to dip to the 30s. Cell phone and internet service were also reportedly down for the majority of the county, and school was canceled Monday. As of Sunday, around 35,000 businesses and homes remained without power.

“An attack like this on critical infrastructure is a serious, intentional crime and I expect state and federal authorities to thoroughly investigate and bring those responsible to justice,” North Carolina Gov. Roy Cooper (D) said in a Twitter post.

An attack like this on critical infrastructure is a serious, intentional crime and I expect state and federal authorities to thoroughly investigate and bring those responsible to justice. (2/3)

While authorities continue to search for a motive in the attacks, community members told The Washington Post that the drag show, which took place at Sunrise Theater in Southern Pines, has been targeted by far-right activists for weeks.

“It’s kind of scary to think that hate for a drag show could have brought on the attack,” Monique Baker, who attended the show and has children who are members of the LGBTQ+ community, said. “Especially since the show was so full of love. Hopefully that isn’t the case.”