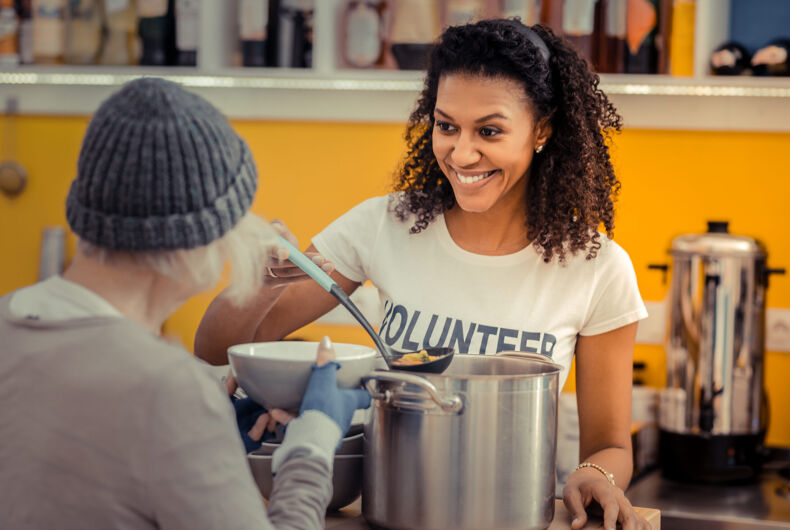 What can we infer from those religions that justify the discriminatory treatment of other human beings?

In terms of LGBT equality, I cannot comprehend the clear and undeniable contradiction between religion’s expressed claims, in various forms, to love one’s neighbor as oneself and how it is better to give than to receive, combined with, for example,

All these are based solely on people’s social identities.

In a 7-2 ruling in 2018, the Supreme Court came down on the side of the owner of Masterpiece Cakeshop, Jack Phillips, who refused to bake a wedding cake for a same-sex couple in Colorado on “religious grounds.” When pressed by Michael Shear, a reporter for The New York Times, at a White House press briefing, Press Secretary Sarah Huckabee Sanders asserted that the President considers it fine for businesses to hang a sign in their window saying they won’t serve gay people.

Though the Trump administration had hoped the ruling would apply “religious freedom” (to discriminate) nationwide, the decision was limited in scope to this one baker. The case, however, cleared the legal path for the courts and Justice Department to advance its cause, supported by conservative Christian nationalist groups, at the expense of others’ civil and human rights.

The United States of America was founded on conservative Christian justifications for oppression, utilizing so-called “religious” rationalizations for slavery, prohibitions on interracial sexuality and marriage, advances in racial segregation, bans on women’s enfranchisement, on contraception, and on people’s rights to control their bodies, initial opposition to universal public schooling, injunctions on public education and other services for people with disabilities, restrictions on immigration and voting rights, imposition of school prayer and so-called “Blue Laws” prohibiting Sunday sales, banning of books and other curricular materials, promotion of “God-given” rights to carry weapons, and many other areas of public policy.

Now the Supreme Court, with a clear conservative majority, has taken up the case of a graphic designer who intends to open a website business to celebrate weddings but does not want to design sites for same-sex couples.

Lawyers on behalf of the plaintiff in the case, Lorie Smith, argued that Smith has not yet expanded her business to include wedding websites because by excluding same-sex couples, she would violate Colorado’s public accommodation law, which, if made to comply, would force her to express messages that are contrary with her religious beliefs.

The Supreme Court should release its ruling by next June.

Picture this: The scene is Des Moines, Iowa, 2011. In preparation for their upcoming nuptials, a joyous and excited engaged couple entered Victoria Childress’s home bake shop for a taste testing appointment for their wedding cake.

The tradition of the wedding cake dates back centuries. It symbolizes the anticipation of a sweet life together. The couple cut the confectionary delight hand-in-hand, representing their first of many combined and cooperative undertakings in marriage. They feed each other a piece to show their joint commitment.

When the couple entered Victoria Childress’s shop, the owner inquired who was getting married. A member of the couple, Janelle Sievers, told the baker they were, her and her partner Tina Vodraska. Upon hearing this, Childress informed the couple, according to published accounts: “I’ll tell you I’m a Christian, and I do have convictions. I’m sorry to tell you, but I’m not going to be able to do your cake.”

Later, according to Janelle, “I don’t think either one of us knew what to say. We were just shocked.”

Interviewed by a reporter for local TV station KCCI, Childress gave her reasons: “I didn’t do the cake because of my convictions for their lifestyle. It is my right as a business owner….[I]t’s to do with me and my walk with God and what I will answer [to] him for.”

The Iowa State Supreme Court in 2009 voted unanimously to uphold a lower court ruling legalizing marriage for same-sex couples, preceded by the Iowa Legislature, which amended Iowa’s Civil Rights Act in 2007 to include “sexual orientation” and “gender identity” in the areas of employment, housing, education, and public accommodations. Janelle and Tina have yet to decide whether they will file a civil lawsuit. This preceded the Supreme Court’s 2015 decision in Obergefell v. Hodges that legalized marriage for same-sex couples nationwide.

Now picture this: The scene is the small Virginia town of Central Point in Caroline County in 1958, when childhood friends fall in love and marry across the Potomac River in Washington, DC. Virtually the entire town attends the reception festivities in the Central Point home of one of the partners, whose family invited the young couple to live with them until they could afford a home of their own.

Soon afterward, as the couple sleeps peacefully embracing in their bed, local police officers crack the silence by abruptly storming the room, guns poised, flashlight beams temporarily blinding the couple, who suddenly find themselves shacked in handcuffs as officers march them terrified to the town jail.

“Richard,” asked Mildred, “what did we do wrong?” Richard could only shake his head in astonishment, though they both knew why they had been brought there. Richard Loving, a man of European descent, and Mildred Jetter Loving, a woman of African descent, married in a state that passed and retained its anti-miscegenation statute, the so-called “Racial Integrity Act” of 1924, making it unlawful for a White person and a Person of Color to engage in sexual relations.

At the trial, the judge, Leon Bazile, convicted and sentenced them both to one-year imprisonment with a suspended sentence on the condition that the couple leaves the state of Virginia for 25 years.

Staring at Richard and Mildred during the sentencing, Bazile invoked Biblical justifications to convict the couple: “Almighty God created the races — white, black, yellow, Malay and red — and He placed them on separate continents. And but for the interference with His arrangement, there would be no cause for such marriages. The fact that He separated the races shows that He did not intend for the races to mix.”

Mildred and Richard filed several lawsuits taking their case to the highest court in the land. In the case of Loving v. Virginia, 388 U.S. 1 (1967), the Supreme Court declared the state of Virginia’s anti-miscegenation statute unconstitutional, thereby overturning Pace v. Alabama (1883), and ending all race-based legal restrictions on adult consensual sexual activity and marriage throughout the U.S.

I mention these two cases in an attempt to distinguish two vital concepts. The first is the issue of morality, based on our values and our set of beliefs derived by some from religious faith traditions and by others from secular humanist principles.

We live in a country that protects our moral belief systems, which no one has the right to take from us. Our beliefs are ours to cherish and live by as long as we deem fit. Some people may refer to “morality” as the “Golden Rule,” whereby we treat others how we want to be treated.

A closely aligned but also somewhat distinct notion is the concept of ethics. This applies to what some call the “Platinum Rule,” whereby we treat others how they want to be treated. We consider their needs, best interests, and values and beliefs, even if these do not necessarily connect or bond with our own.

As a university professor of pre-service teacher education students, I raise the distinction between moral convictions and professional ethics when we discuss issues of controversy within the field of education.

I discuss how as teachers, they might find their moral teachings in opposition to the lives or beliefs of their students. For example, their students may “come out” to them as lesbian, gay, bisexual, transgender, non-binary, queer, or other identities, or they may live with same-sex parents or guardians.

Or some of their students’ parent(s) or caregivers may be undocumented workers. Or students may be followers of faith traditions they may not understand or approve of. As teachers, however, they have ethical obligations to serve all their students with the highest degree of professionalism and to treat them equitably.

With this backdrop, how would Janelle and Tina, and Mildred and Richard wish to be treated, and what would be in their best interests?

So, rather than denying someone the right to public services based on their social identities, instead, if designing a website or baking a cake for LGBTQ+ people or couples goes against your religious beliefs or values, you might consider changing to a different religion, or none at all. How can one believe in the value of religions that blatantly discriminate?