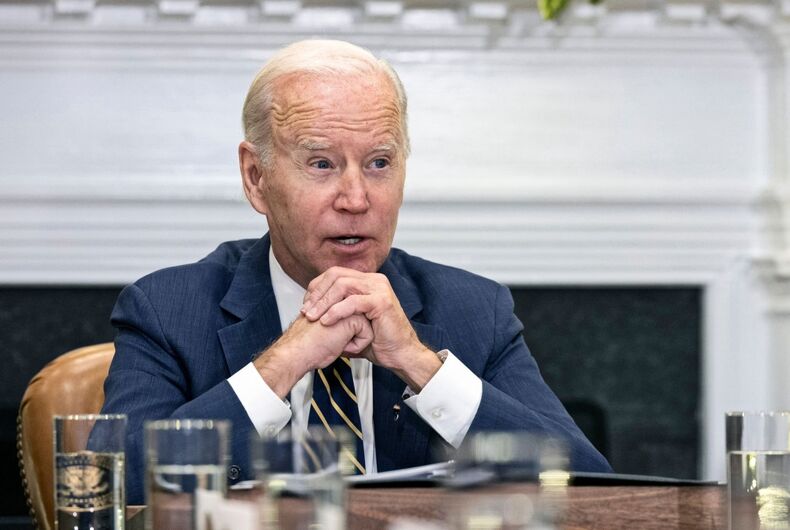 The owners of Club Q – the LGBTQ+ bar where a shooter killed five people and injured 18 on November 19 – shared on social media a letter that the White House sent them offering sympathy.

“The First Lady and I share your heartbreak after this senseless act of gun violence pierced the Colorado Springs community and our Nation’s soul once again,” President Joe Biden wrote in the letter dated November 29. “Together, we mourn Raymond, Kelly, Daniel, Derrick, and Ashley.”

“I also extend my deepest condolences to the LGBTQI+ community,” he continued. “Spaces like Club Q are safe havens for LGBTQI+ people, where they can feel seen and celebrated without fear of judgment or discrimination.”

“The shooting on November 19th – the eve of the Transgender Day of Remembrance – once again revealed the ugly hatred that has motivated deadly attacks against LGBTQI+ people and the need to end the gun violence epidemic that has torn too many communities apart.”

“I believe we should honor this tragedy with our action. I will keep fighting for a ban on assault weapons and continue the push for other common-sense gun safety measures, which most Americans support.”

“We continue to thank you all for your outpouring of support and love during this difficult time,” Club Q posted to Instagram with a photo of the letter.

Earlier this week, the White House said that the Bidens called the owners of Club Q, Nic Grzecka and Matthew Haynes, and “reiterated their support for the community as well as their commitment to fighting back against hate and gun violence.”

“They also thanked Nic and Matthew for the incredible contributions they have made and will continue to make to Colorado Springs.”

“The president just moments ago spoke to Richard and his wife Jess. He offered his condolences to them and also his support and he talked through what it’s like to grieve,” said White House Press Secretary Karine Jean-Pierre, adding that Biden thanked Fierro “for his bravery and for his, just, instinct to act.”

“Richard and Thomas are heroes, and we are so grateful for their quick action,” she said, referring to Thomas James, who also helped bring down the shooter.