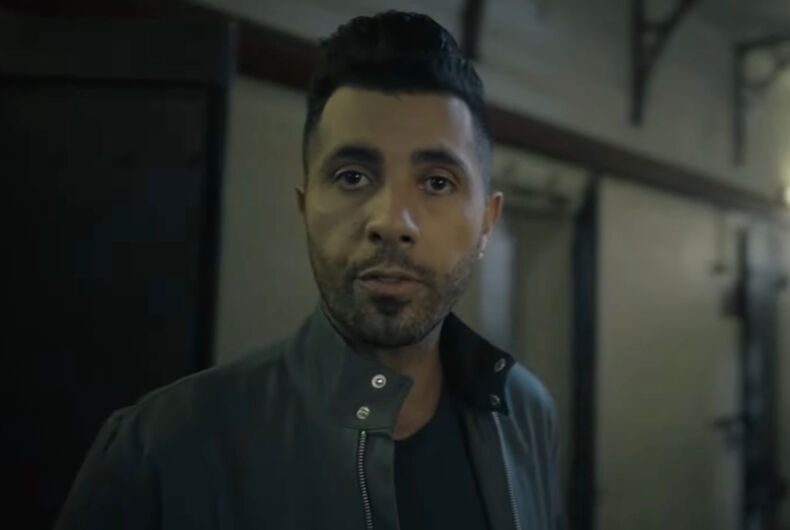 Sometime in the late 1950s, Australia became home to the world’s only gay prison. The story of the prison and what went on there remained buried for decades until out journalist Patrick Abboud heard about it from a colleague in late 2017, just after Australia voted to legalize same-sex marriage.

Abboud’s three-year investigation of the story resulted in one of the most fascinating and disturbing podcasts of 2022.

The Greatest Menace: Inside the Gay Prison Experiment was released earlier this year and is streaming for free on Audible.com. The series explores how and why the prison was established, the far-reaching effects it had on Australia’s LGBTQ+ community, and the mystery surrounding what officials discovered via their “experiments” there.

Abboud says that the prison in Cooma, New South Wales, was operational by 1958 and may have housed gay prisoners as late as the 1980s. Through his reporting, he came to believe that the prison was intentionally established to research the causes and treatments of homosexuality and to eradicate it. He describes how New South Wales police purposefully entrapped gay men, arresting and charging them with “indecent assault” even for consensual encounters. Along the way, he spoke to historians, former vice squad cops, and men they entrapped and arrested.

“Discovering what some of those men went through in the process of being trapped and charged, it’s horrifying. It really is,” Abboud told News.au.com earlier this year. “Their lives were destroyed, and they’re still reeling from it.”

What prisoners experienced in the Cooma facility was chilling.

But at the heart of The Greatest Menace remains a mystery.

“They established a prison specifically to incarcerate gay men, specifically to incarcerate homosexuals and they had an intention behind that,” Abboud said. “We uncovered the intention. And then what came of that intention? And that’s the part that really niggles at me the whole time. Where’s the report? Where’s the findings of what happened? My instinct is that they didn’t want it to be widely known.”

What is known, and is revealed through Abboud’s interviews and recreations of actual court transcripts, is the history of persecution that gay men faced. Abboud told News.au.com in February, “When you unpack and sort of understand the time, and what was going on, it’s really sad.”