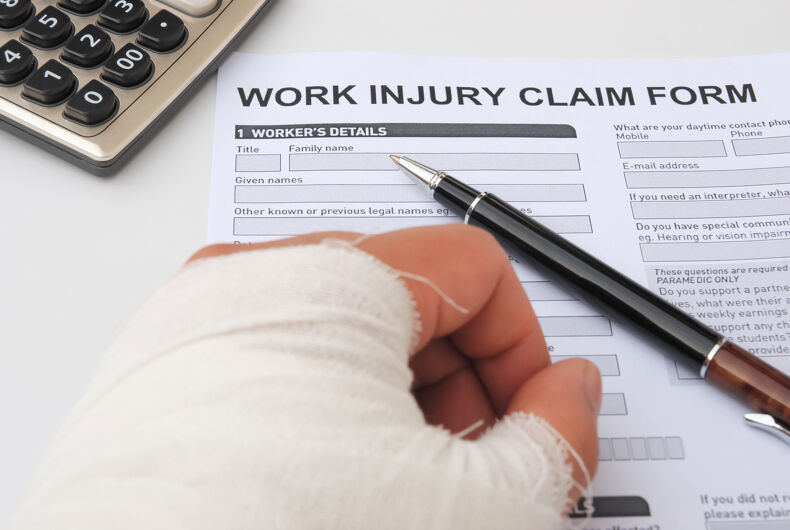 A 2018 report found Tesla guilty of underreporting and failing to treat worker injuries. The former safety director at Tesla claimed he’d been fired  due to the fact he reported unsafe conditions and the “misclassifying of on-the-job injuries to hide the true injury rate,” the San Francisco Chronicle reported.

Tesla employees also reported at the time that the company did not use legally required yellow safety lines because company CEO Elon Musk did not like the color yellow.

As a Spanish interpreter who works primarily with working-class Latino patients, I found these revelations appalling. Due to work injuries, the majority of patients I interpret for can no longer work at the same capacity they once did. Some now live with chronic pain and can’t work in any capacity at all.

Being LGBTQ+ adds an additional barrier for these low-income Latino workers when it comes to their healthcare outcomes.

Recent data from the Center for American Progress shows that reports of discrimination among Hispanic people who identify as LGBTQ+  were 15% higher than from white LGBTQ+ people. “These disparities were most evident in access to critical services, in benefits usage, in access to mental health care, and in educational settings,” the report stated.

In addition, 20 percent of Hispanic LGBTQ+ respondents reported that they “avoided getting necessary services for themselves or their family in order to steer clear of discrimination.”

A significant number of the patients I’ve interpreted for have been LGBTQ+.

“Soy gay. No tengo esposo, no tengo hijos. Hablo abiertamente de este tema (“I’m gay. I don’t have a husband, I don’t have kids. I speak openly about this”),” one woman said.

But not everyone feels they can be as open as this. Another patient I interpreted for, who was there with his partner, introduced him to the doctor as a friend. When we got to the question, “Are you single / married / divorced?” the two men exchanged glances with each other before the patient quickly answered “soltero” (single).

Others have hesitated to tell their doctors out of worry that it will affect their treatment outcomes. They already feel vulnerable enough as it is with their injury and navigating the language barrier, and some have admitted to me in private that disclosing their sexual orientation feels like another “strike” against them.

Causes of injury for these workers have varied. Fell off a horse, was dragged around for several minutes until I could finally get it to stop. Flipped over in a construction truck. Boxes I was lifting were too heavy; no one there to assist, have been among those provided.

Exploitative and negligent bosses like Musk contribute to not all, but some of these injuries that disproportionately affect low-income workers of color, LGBTQ+ people among them.

Sometimes they result from having taken on too many duties at jobs where the labor assigned is physically demanding. The LGBTQ+ patient who was more open about her sexuality told me her company worked the employees “like pack horses.” Yet lacking other options, few felt they had the luxury to push back. Many simply did as they were told out of fear of losing their jobs.

“They need this work to keep their families afloat. Their employers know this,” the patient said.

At times employers also have them do “yucky labor” that isn’t in the job description. Another patient said she worked in a twelve-story building with a floor dedicated entirely to liposuction procedures. The trash bins on this floor overflowed with fat and “cosas feas” (“gross things”), she said.

She and her coworkers were often asked to empty these bins on their own.

“It’s lots of work for one person to take on,” the patient said. “And they don’t pay us more.”

I’ve heard so many patients now living with chronic pain lament the extent to which their injuries have reshaped their lives – completely and what feels like irrevocably. They stress how badly they wish to be productive members of society again; how trapped and ineffectual they feel inside bodies that work nothing like the way they once did. Their financial situation has become even more precarious. The pain has put a strain on their relationships.

One told me that before her accident she would swim in her spare time. She once read, hiked, and volunteered at the Food Bank, among other activities.

She has far fewer hobbies now. It’s hard to find the time for them after re-organizing her life around the energetically costly and time-consuming repercussions resulting from her injury. Her daily schedule, as well as those of many injured workers, is filled with doctors’ appointments, physical therapy, chiropractors, lawyers, pain management, psychological counseling, acupuncture, and even surgeries at times.

Moving hurts. Lifting, pulling, and gripping items has become difficult. Milk cartons fall from her hands. Using her opposite hand to compensate has gradually depleted its strength, too, over time. She takes medication daily to manage the pain – even though she doesn’t believe in pharmaceutical cures or want to be on them.

Steps need to be taken to prevent these injuries to begin with, or at least minimize their likelihood. Some are pure accidents. Others, though, could have been avoided.

We need more light on the collective and systemic limitations that contribute to predicaments like these, more light on those forced to choose between their health and physical safety versus supporting their family financially.

We need light, even, on the arbitrariness of the value placed on certain types of work over others. Why are the jobs that so few people take pleasure in also so abysmally compensated?

We need to shed light on the danger of bosses seeking shortcuts at the expense of their employees, who treat their employees as disposable like Musk does – especially when the employees are LGBTQ+ immigrants who are already vulnerable to discrimination and poorer treatment outcomes.

According to research conducted by the University of California, Merced, a majority of the state’s 2020 pandemic deaths among workers in high-risk industries such as warehousing, agriculture, food processing, nursing care, landscaping, and work in restaurants and grocery stores were Latino (68%) and immigrant (58%).

Dealing with winter loneliness as an LGBTQ+ person