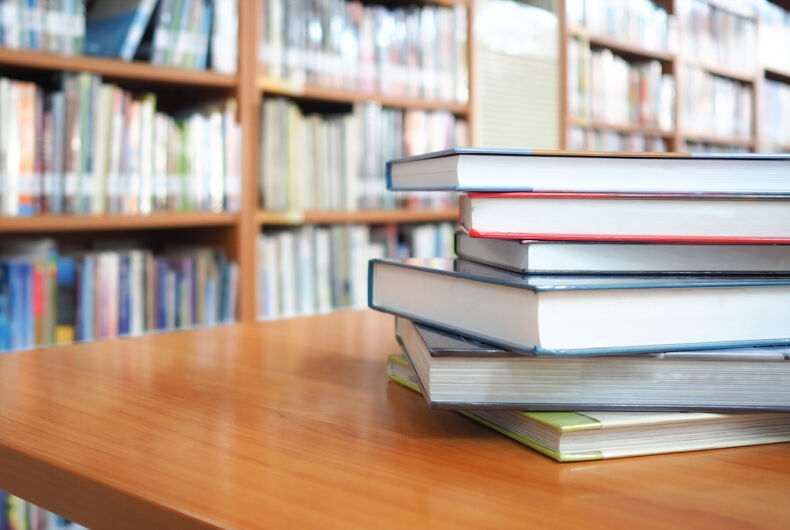 Earlier this week, a Texas Republican lawmaker proposed a law that would create a state-mandated rating system for books in school libraries.

Under H.B. 338, introduced by Texas state Rep. Tom Oliverson (R), publishers would have to include state-approved age-appropriate ratings on the cover of books sold to public and open-enrollment charter schools. State agencies would be allowed to request changes to the ratings, with publishers who do not comply potentially being blacklisted.

Freedom of expression advocates greeted the bill with concern.

“These are just some of the decisions being made to control what every student and family can read in schools,” Jonathan Friedman, director of Free Expression and Education Programs at PEN America said during a press conference on Wednesday. “Now, there are more and more proposals being pushed to put more government force behind it and to police the circulation of ideas more closely.”

In a statement on the proposed legislation, PEN America called the Texas rating system “a dangerous escalation in the movement to censor public education.”

“Such a system would inherently contain subjective and potentially politicized decisions. It would be a recipe for publishers to play it safe and take a wide berth around anything remotely controversial. It could leave students with only the most anodyne educational materials,” the statement read.

“Forcing a legislatively-mandated rating system on publishers under threat of punishment and subject to government override is a clear effort to intimidate publishers and police the circulation of ideas and information. The mere introduction of this censorious legislation is chilling, putting publishers and educators on notice that the government is closely monitoring them, and gearing up to punish speech with which it disagrees.”

The Texas bill comes as school districts across the country have seen a sharp uptick in book challenges and book bans, driven largely by Republican lawmakers and conservative groups like Moms for Liberty. According to a report from PEN American, updated in September, 138 U.S. school districts in 32 states banned more than 2,500 books during the 2021–2022 school year.

Based on numbers tracked by the American Library Association from January to August 2022, the number of book bans this year is likely to exceed those in 2021.

The banned books disproportionately deal with LGBTQ themes and characters, as well as issues around race and racism. Last year, Texas state Rep. Matt Krause (R) sent a letter to the Texas Education Agency that included a list of 850 books under investigation. According to The Dallas Morning News, 97 of the first 100 titles on Krause’s list were written by women, people of color, or LGBTQ authors.

In March, an investigation by the Texas Tribune and ProPublica exposed the explicitly anti-LGBTQ motives behind one Texas school district’s attempt to remove books from school shelves.

In August, just days before students were to return from summer break, another Texas school district removed 41 books, many of which focused on LGBTQ and Black characters, from library shelves.