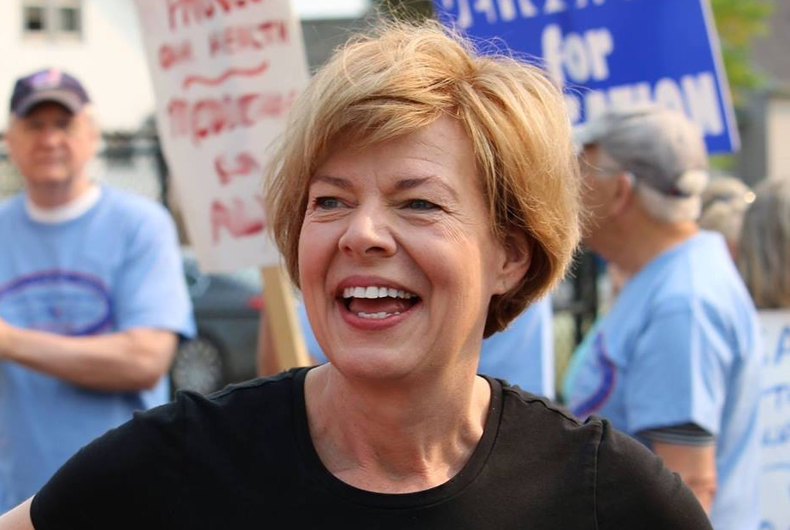 After the Senate voted to end debate on the Respect for Marriage Act (RFMA) last night, passage of the bill became all but assured. And now Senate Majority Leader Chuck Schumer (D-NY) says that the full Senate will vote on the bill as early as this afternoon.

The Senate voted 61-35 yesterday night to end debate on the bill that would overturn the Defense of Marriage Act and require the federal government and state governments to recognize same-sex and interracial marriages performed in other states, overcoming some Republican senators’ filibuster of the bill and allowing it to come to a final vote.

The bill passed a procedural vote before Thanksgiving that set it up to eventually pass the Senate, the chamber where many major Democratic initiatives have died over the first half of President Joe Biden’s term in office. The Senate will reconvene at 12:00 p.m. Eastern time and vote on three amendments to the bill proposed by Sens. Mike Lee (R-UT), Marco Rubio (R-FL), and James Lankford (R-OK). The Senate will then vote on the bill itself. The series of votes are scheduled to start at 3:45 p.m. Eastern time.

If the bill passes the Senate, it will have to go back to the House because of an amendment added by several senators including out Sen. Tammy Baldwin (D-WI). The House is expected to pass it and Biden is expected to sign it into law.

Proponents of the bill say that it’s necessary now that the Supreme Court overturned Roe v. Wade, which shared part of its legal framework with Obergefell v. Hodges, the decision that legalized marriage equality in all 50 states in 2015. Justice Clarence Thomas said that the Court should “reconsider” Obergefell in his concurring opinion in Dobbs v. Jackson Women’s Health Organization, the case that overturned Roe this past summer.

That is, supporters of the bill believe the Court could be coming after marriage rights next.

Opponents of the bill have said that it would end religious liberty by requiring churches to perform same-sex marriages, something that’s not in the RFMA. Sen. Lee offered an extreme amendment that would greatly expand religious exemptions at the federal level.

“Religious Americans will be subject to potentially ruinous litigation, while the tax-exempt status of certain charitable organizations, educational institutions, and non-profits will be threatened,” Lee said of the RFMA, even though the bill doesn’t expand anyone’s rights beyond the status quo.

Lee’s amendment would need to get 60 votes to be added to the RFMA, which it is not expected to get. Rubio’s and Lankford’s, which deal with the definitions of the word “state,” only need 51 votes to pass.

Sixty-two senators voted in favor of the RFMA in a procedural vote held before Thanksgiving, one more than the 61 who voted to end debate last night. The senator who didn’t vote in favor of it the second time was Sen. Rev. Raphael Warnock (D-GA), who is in Georgia campaigning for reelection in the state’s runoff election scheduled for December 6.