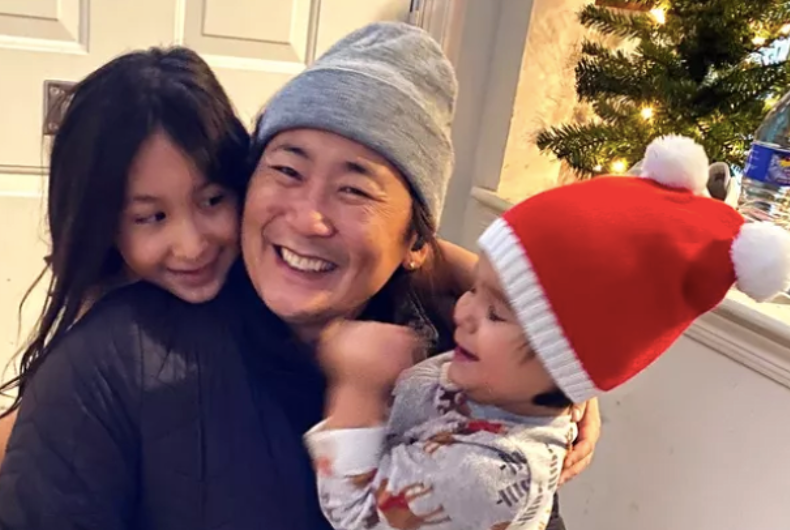 One night, someone called 911 to ask police in Malvern, Pennsylvania to conduct a mental wellness check on Maddie Hofmann, a 47-year-old transgender woman.

The caller said that Maddie had sent an email that sounded like a suicide letter. When police checked on Hofmann, they ended up shooting her three times inside her own home. She died from the injuries.

Her death left behind her wife, Rebecca Hoffman, and their two children, ages 9 and 4. Her wife and family are still searching for answers and accountability.

“[My wife] belonged on medication, not on a shelf,” Rebecca told The Philadelphia Inquirer, referring to a box of Hofmann’s ashes.

Maddie struggled with anxiety and depression and spent years going on and off medication. Weeks before the shooting occurred, Maddie had shared several concerning tweets, including one of her holding a firearm.

Maddie’s sister, Emily Flynn, said that both she and her sister were Korean adoptees raised by white parents. This resulted in some mental distress, Flynn said. Maddie had just begun finding healing and a voice for the painful isolation she felt in a predominantly white community.

Because Maddie was her family’s main income earner, Rebecca had to ask her mother for funds to cover her wife’s funeral and other living expenses. After what the Inquirer described as a “months-long back-and-forth” with Social Security, Rebecca finally received a check for her deceased spouse’s benefits.

But Rebecca hasn’t been able to read the police incident report or access body-camera footage, leaving her to rely on police accounts when explaining to her young children what happened.

In response to the shooting, the Chester County District Attorney’s Office said that Maddie had aimed a Glock 19 9mm handgun at police during the wellness check. As a result, no officers were charged in her slaying.

Malvern Mayor Zeyn Uzman said police officers in the local department took a three-hour course in 2021 that covered recognizing and responding to people with mental health issues and other special needs.

“Given the factual circumstances of the event and the incident lasted only 57 seconds, any additional training or policy changes would not have prevented this tragic occurrence,” Uzman told the Inquirer.

After her sister’s death, Flynn launched a GoFundMe campaign to provide for the well-being of Maddie’s children and to raise awareness to prevent similar incidents. Additional funds “will be used to start a foundation or scholarship fund for trans youth in the foster care system in Maddie’s name,” the campaign states.

The shooting is not only an example of trans people’s higher rates of negative encounters with law enforcement and judicial officials; it’s also a grim reminder that people in mental health crises make up about 25 percent of fatal police shooting victims in recent years, a Washington Post investigation noted. Many of these people died after police conducted wellness checks over fears of a possible suicide attempt.