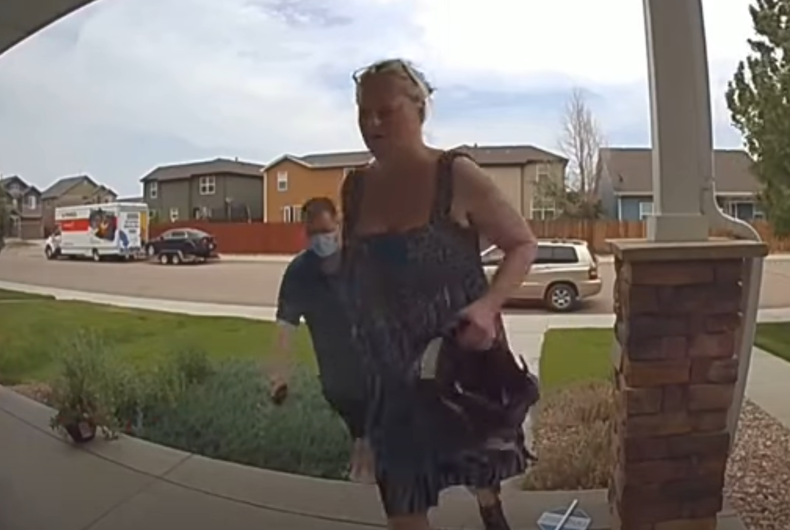 Laura Voepel, the mother of the alleged Club Q shooter, has been arrested.

The next day at 3:30 a.m. – just hours after the shooting – his mother was arrested in Colorado Springs for disorderly conduct and resisting arrest.

The Colorado Springs Police Department said that Voepel was told to stop yelling but that she continued to make “unreasonable noise” while in front of several apartments. When officers tried to arrest her, she allegedly became combative.

Voepel is the daughter of outgoing California Republican State Assemblymember Randy Voepel (R), a Trump-loyal Republican who justified the January 6, 2021 Capitol Insurrection as a fight against the “tyranny” of President Joe Biden, comparing the riots to the American Revolution.

Last year, Aldrich was arrested and charged with five felonies after threatening Voepel with a homemade bomb and multiple weapons. The threat resulted in a standoff with police. The New York Times reports that police were unable to find any explosives at the time, and Aldrich was never prosecuted.

“They started telling me about the incident, a shooting,” father Aaron Brink said. “And then I go on to find out it’s a gay bar. I got scared, ‘Shit, is he gay?’ And he’s not gay, so I said, phew.”

World Health Organization changes the name of “Monkeypox” to “mpox”