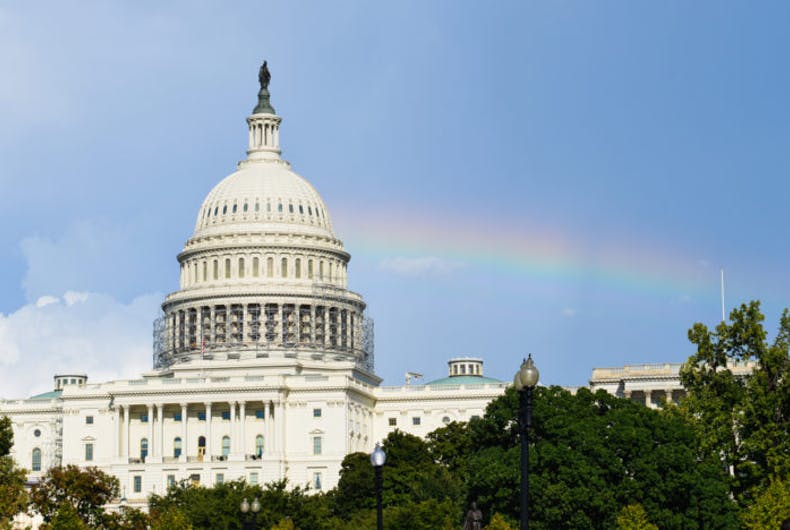 The nine out LGBTQ members of the U.S. House are also all chairs of the Equality Caucus, the congressional group that pursues LGBTQ legislation and issues statements against anti-queer discrimination. All nine are up for re-election, and the House’s Democratic majority and the future of LGBTQ rights hang in the balance.

Here are all nine LGBTQ House members and how they’re expected to do in their races.

Cicilline is chair of the House Equality Caucus and a reliably progressive Democrat. He’s running his sixth reelection campaign, this time against Allen Waters (R).

Cicilline is expected to win his seat once again. The Cook Political Report rates the district as solidly Democrat, according to The Providence Journal.

Craig is a member of the New Democrat Coalition, a pro-business and fiscally moderate congressional caucus, and sits on the House committees for agriculture, energy, commerce, and small business.

She is running against Tyler Kistner (R), a candidate she beat in 2020 by about two percentage points. Her district is considered a “toss-up” by several political pundits.

Davids, a 42-year-old, is not only the first out lesbian elected to the U.S. Congress from Kansas. She’s also one of the first two Native American women elected to Congress.

This year, the centrist Democrat faces off against Amanda Adkins (R) in a newly gerrymandered district that eliminated Democratic voters and added Republican ones, possibly endangering Davids after winning with a clear majority in 2020.

Jones and Torres were the first out gay black members of Congress. However, Jones has already lost his re-election race. He was beaten in the Democratic primary by Daniel Goldman. Goldman will face Benine Hamdan (R).

Maloney is the leader of the Democratic Party’s House campaign arm. His race is considered one of the most important because of his high profile within the party.

Maloney is facing a competitive race against Mike Lawler (R). The Cook Political Report recently moved their race to a “toss-up,” endangering the Democratic leader even though President Joe Biden (D) won the area by 10 points in 2020.

The 42-year-old incumbent serves on the House Committees for Transportation, Infrastructure, and Veterans’ Affairs.

His opponent is Karoline Leavitt (R), a 25-year-old staffer for former President Donald Trump who also served as Trump’s assistant press secretary; Trump has endorsed her. A recent poll showed Pappas beating Leavitt 49 to 43 percent in the Democrat-leaning district.

Pocan is facing off against Erik Olsen (R). The Economist forecasts Pocan as having a nearly 100 percent chance of winning.

Takano, the first out LGBTQ Asian American elected to Congress, is co-chair of the Equality Caucus and also a member of the Progressive Caucus, the Arts Caucus, and the Asian/Pacific-American Caucus.

Takano is running against Aja Smith (R), a candidate he defeated once before in 2018. Takano is expected to easily beat her, in part because his district leans heavily Democrat.

Torres, the first out gay Afro-Latino elected to Congress, has spent his career fighting for public housing, poor people, and LGBTQ rights.

Torres is running against Stylo Sapaskis (R). Torres is expected to win seeing as his district is solidly Democrat.