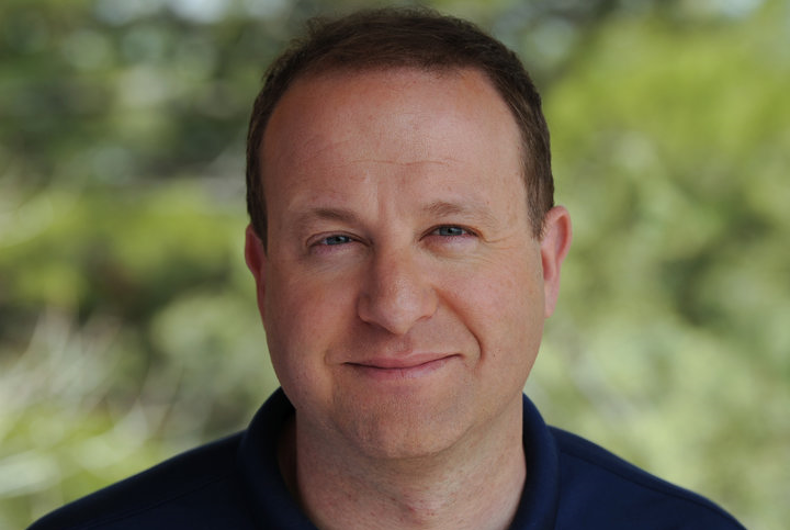 Out Colorado Gov. Jared Polis (D) recently visited Colorado Springs, Colorado to pay tribute to the victims of the Club Q shooting that left five people dead as he’s questioning how the shooter was able to get a gun in spite of the state’s red flag law.

Polis – the first out gay man ever elected governor – kneeled outside the LGBTQ+ club in front of a memorial for the victims made up of flowers, stuffed animals, candles, Pride flags, signs, and more.

In chalk, Polis reportedly added a heart and the words “We remember” to the pavement before telling the press, “Five people are lost forever. We celebrate their lives. We mourn them.”

Later that day, Polis visited Atrevida Beer, the brewery owned by Richard Fierro, one of the heroes credited with taking down the shooter and preventing the loss of more lives.

The AP reported that Polis hugged Fierro in the brewery, where other survivors of the shooting were also present and where a message hung above the bar declaring, “Diversity, it’s on tap.”

In the immediate aftermath of the shooting, Polis spoke to the Colorado Sun about the fact that he knows the Club Q owners, Nic Grzecka and Matthew Haynes, and that he had even been to the bar before.

“The only motive here is pure evil,” he said, “whether it was for personal reasons or specifically targeted to the LGBTQ community. We now need to focus on coming together around the healing process for those directly involved as well as LGBTQ Americans across the state across the country.”

Polis has been hesitant to make assumptions about whether the attack was fueled by anti-LGBTQ+ hate until more information is known about the killer’s motives.

Nevertheless, when he spoke with the victims’ families during his visit to Colorado Springs, he did voice his concern that the endless stream of right-wing anti-LGBTQ+ rhetoric could “inspire acts against the LGBTQ community.”

Polis also recently said he will be taking “a hard look” at a Colorado law that was designed to prevent tragedies like the Club Q shooting from taking place.

The state’s red flag law – also known as an Extreme Risk Protection Order (ERPO) – says that members of law enforcement, family members, and roommates can request the temporary removal of a person’s firearms from their possession if they believe them to be a danger to others or themselves. It also prevents them from purchasing more weapons.

The alleged Club Q shooter, Anderson Lee Aldrich, was arrested (but never charged) in June 2021 for an alleged threat against their mother with a homemade bomb and other weapons.

Colorado Public Radio reported that no local authorities filed a petition for the removal of Aldrich’s weapons after the arrest.

It is not, however, a requirement that a request be made and many conservatives have voiced their belief that it is unconstitutional to remove weapons from someone who has not been convicted of a crime.

In El Paso County – where Colorado Springs is located – local leaders have in the past declared their allegiance to the Second Amendment.

In 2020, the El Paso County Sheriff’s Office announced it would only request weapons removal if there is “probable cause” that “a crime is being or has been committed,” even though the red flag law is designed to prevent a crime before it can happen.

In an interview with Margaret Brennan on CBS’s Face the Nation, Polis asserted that he will be looking into “potentially expanding” the law so that district attorneys are also able to request an ERPO.

In a separate interview on NBC, he questioned why the law wasn’t used in both the Club Q shooting and a 2021 mass shooting that killed 10 people at a King Soopers in Boulder, Colorado.

The secret gay neighborhood inside Tehran