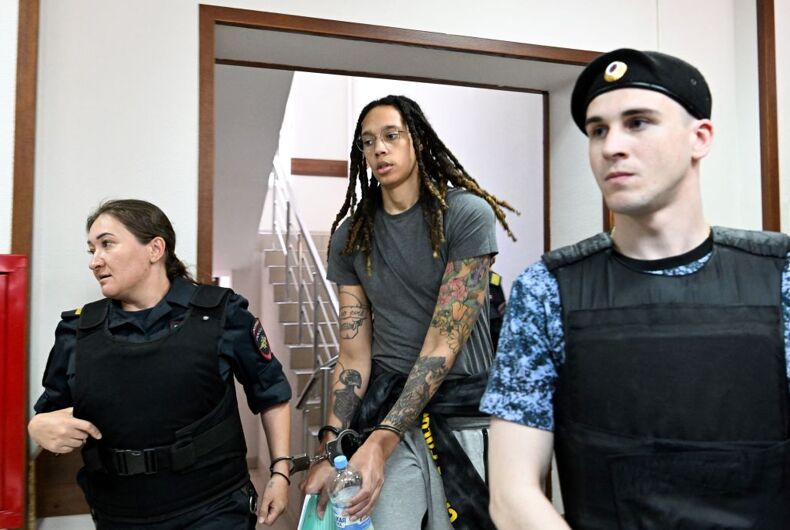 As Russia’s Deputy Foreign Minister claims that a prisoner swap between his country and the U.S. is still possible, details about the conditions Brittney Griner will likely face in a Russian labor camp have been emerging.

On Tuesday, Sergei Ryabkov was asked by reporters whether a prisoner swap could free the WNBA star along with former Marine Paul Whelan from Russian prison. “There is always a chance,” Ryabkov said, according to The New York Post. “Regrettably, there have been a few occasions when it seemed that a decision in favor of it was about to be made, but it never happened.”

Earlier this month, Ryabkov told Russian state news agency Interfax that Russia was pursuing a prisoner swap that would involve the return of Russian arms dealer Viktor Bout in exchange for Griner’s freedom. But as MSNBC reported earlier this month, U.S. officials dismissed Russian claims of progress in Griner’s case as “just talk.”

Meanwhile, details of the conditions Griner will likely face in Russia’s IK-2 women’s penal colony have come to light. Griner was transferred to what has been described as a labor camp in Mordovia on November 4 after being sentenced to nine years in prison for bringing vape cartridges containing hashish oil into Russia.

“On Mordovia, life, as you can imagine, is extremely difficult. It’s a labor camp, so we’re talking about 16-hour days,” The Nation’s Dave Zirin, who recently wrote about the conditions Griner could face, told TMZ on Monday.

“Beatings are common, racism and homophobia run rampant,” Zirin said. “This presents her as a target.”

Nadya Tolokonnikova, a founding member of Pussy Riot, served nearly two years in Mordovia, known as “the land of prisons.” She recently spoke out about conditions in the penal colony.

“I’m terrified that Brittney Griner was moved to IK-2,” Tolokonnikova told MSNBC. “It is literally the harshest in the whole Russian prison system.”

According to Zirin, it is not even clear whether the six-foot-eight-inch tall Griner will even receive a bed in which she can fit.

As Zirin notes in his piece for The Nation, Griner and her wife Cherelle fear that she is being forgotten by the Biden administration and the general U.S. public. In fact, Zirin points to pro-Putin factions of the American right wing essentially cheering Griner’s conviction for a minor offense, as well as speculation that U.S. outcry over her treatment would greater if she were not a queer Black woman.

Who is Hakeem Jeffries? Where does he stand on LGBTQ rights?