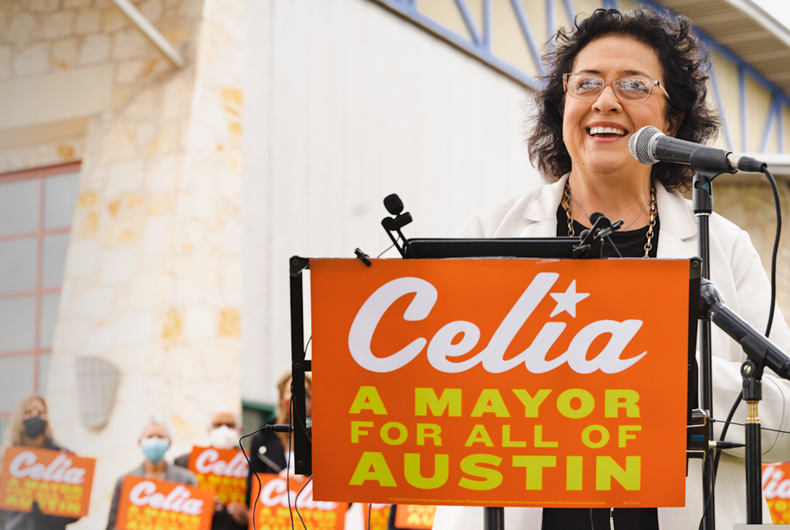 A record number of LGBTQ people have run for office in 2022, according to the LGBTQ Victory Fund’s Out on the Trail Report.

The report found that at least 1,065 LGBTQ people either ran or are running this year. That is not only the most in history, but it is also a 5.9 percent increase since the 2020 presidential election.

What’s more, for the first time ever, LGBTQ candidates are running for office in all 50 states plus the District of Columbia this year.

There is also an 18.1 percent increase in the number of LGBTQ candidates that will be on a general election ballot in the midterms on November 8th. The report states that a whopping 63.7 percent of known LGBTQ candidates won their primaries. In 2020, that number was 57.1 percent, and in 2018, 60.1 percent.

And accounting for 14 percent of all LGBTQ candidates, Black candidates outnumbered all racial and ethnic groups other than white people for the first time in a presidential or midterm year.

In 2018, there were also only four nonbinary and/or genderqueer candidates, while this year, there are 54.

“As politicians in state legislatures and on school boards levied unprecedented attacks on our community and our kids, LGBTQ leaders responded, running for office in record numbers,” said Mayor Annise Parker, president and CEO of the Victory Fund, in a statement.

Many of those candidates have spoken with LGBTQ Nation about their races, including Tiara Mack, Robert Zimmerman, Celia Israel, Will Rollins, and Rafael Mandelman.