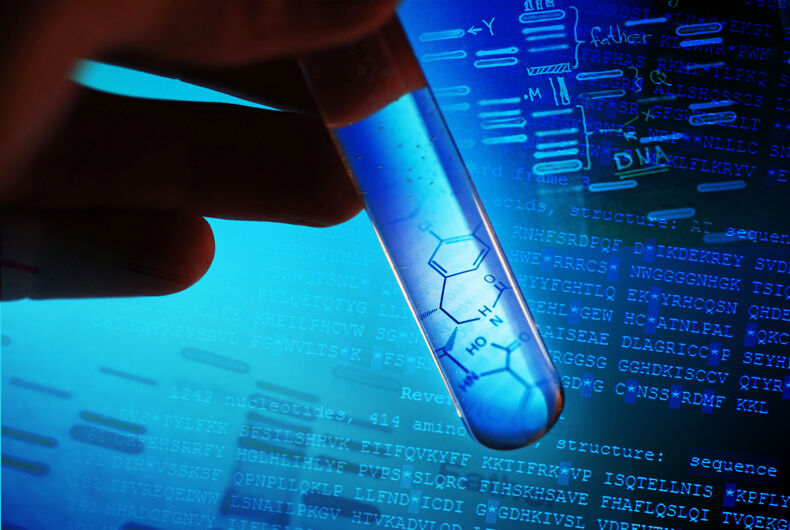 D.C. police have used DNA testing technology that could help solve the 1987 murder of a lesbian woman.

On May 13, a 35-year-old woman named Greta Denise Rainey was found raped and strangled in her Capitol Hill apartment. Eighteen months before her death, a 22-year-old named Florence Eyssalenne was also found raped and murdered in her apartment, which was next to Johnson’s.

At the time, investigators took DNA samples as part of a police rape kit. Now, using contemporary DNA-testing technology that wasn’t available at the time, police have tested the samples and formed a DNA profile of an unidentified male suspect.

“Essentially, the identity of this person is still unknown to us, however, we can say the individual is a male. We believe him to be of African American descent,” D.C. Metropolitan Police Department Captain Kevin Kentish told WRC-TV.

Kentish added that investigators may even look into whether the DNA samples match those donated by users of genealogy websites. However, he added, “That may take a little longer, so we don’t want to put all our eggs in that one basket.”

In the days following Rainey’s murder, D.C. police arrested her then-girlfriend Roxanne Johnson as a suspect, though it’s unclear what evidence compelled them to do so. Four months later, the Office of the U.S. Attorney for D.C. dropped the charges against her for unknown reasons. Johnson, who has always claimed innocence, said her landlord later evicted her because her arrest made other tenants nervous, The Washington Blade reported.

Johnson said she had left the apartment to go to work when the murder took place. She didn’t know how someone entered the apartment. Police said there were no signs of forced entry in either Rainey or Eyssalenne’s apartments.

Eyssalenne’s brother, Bernard Eyssalenne, has said he’d never given up on the hope of finding his sister’s killer. “I’ve always stayed in touch with all the investigators,” he said.

Police are offering a $50,000 reward for information that leads to a conviction in the two cases. People with information can call 202-727-9099.

Who is out Rep. Ritchie Torres?