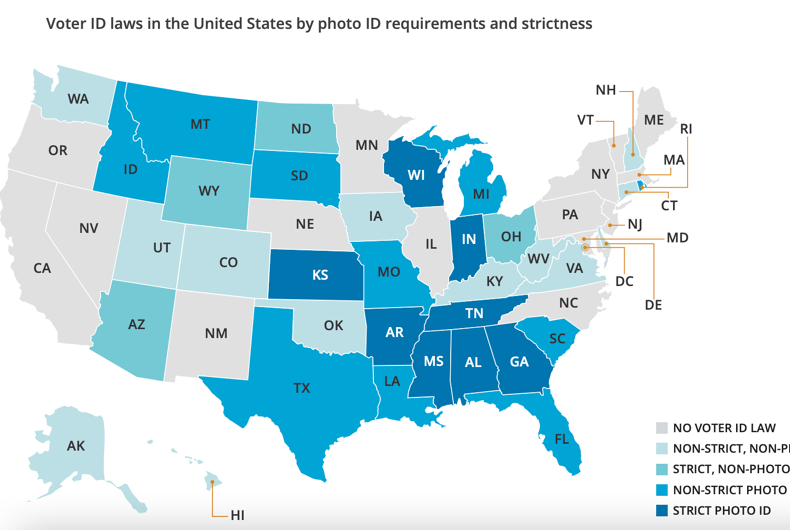 Less than two weeks before the midterm elections, the window for transgender voters to verify their identities for voting is closing fast.

Roadblocks for trans people to acquire accurate identification abound, while ID requirements to vote are getting stricter in a growing number of states. The predictable result will be fewer trans people voting in 2022, just as their rights are coming under attack from anti-LGBTQ candidates.

According to the latest research from UCLA’s Williams Institute, over 200,000 trans voters could be disenfranchised this November.

It could be worse. A 2015 study from the National Center for Transgender Equality reveals voter participation from trans people is higher than among all eligible voters, 54% to 42%, meaning more trans voters will manage to cast a ballot despite the barriers to their participation.

According to the Movement Advancement Project, 10 states require documentation from a medical provider in order to change a trans person’s gender marker. Eight states require proof of surgery, a court order, or an amended birth certificate. And ten states have “burdensome” or “unclear” policies on changing gender markers.

“Such obstacles can impact voting in the 35 states that have voter ID laws,” according to the Williams study. “In these states, voters encounter additional verification requirements at the polls on top of federal standards for voter registration and eligibility determination. The strictest of these voter ID laws require voters to present a government-issued photo ID at the polling place, and provide no alternative for voters who do not have a photo ID, or as is often the case for transgender voters, have an inaccurate photo ID.”

According to the Williams study, “Transgender people who are Black, indigenous, or people of color, young adults, students, people with low incomes, people experiencing homelessness, and people with disabilities are overrepresented among the over 203,700 voting-eligible transgender people who may face barriers to voting due to voter ID laws in the 2022 midterm election cycle.”

Trans voters can seek help updating their state and federal identification with organizations like the National Center for Transgender Equality, which provides up-to-the-minute requirements for voter ID state by state, and other gender and name ID change information.

Voter ID laws are promoted by their primarily-Republican sponsors as a way to protect against voter fraud, a nearly non-existent problem in the United States, despite the hype. Both the American Civil Liberties Union and The Brennan Center for Justice have called voter ID laws a form of “voter suppression” that mostly disenfranchises Democratic voters.

“Regardless of whether you’re transgender, every eligible voter should be able to cast their ballot without fear of harassment or discrimination,” Olivia Hunt, policy director for the National Center for Transgender Equality, told LGBTQ Nation. “Onerous ID requirements are just one of the many strategies used to exclude marginalized people from participating in the political process. This kind of voter suppression is contrary to the guiding principles of American democracy, and is a blatant violation of the fundamental constitutional rights of all Americans.”

DNA evidence could help D.C. police solve the 1987 murder of a lesbian woman