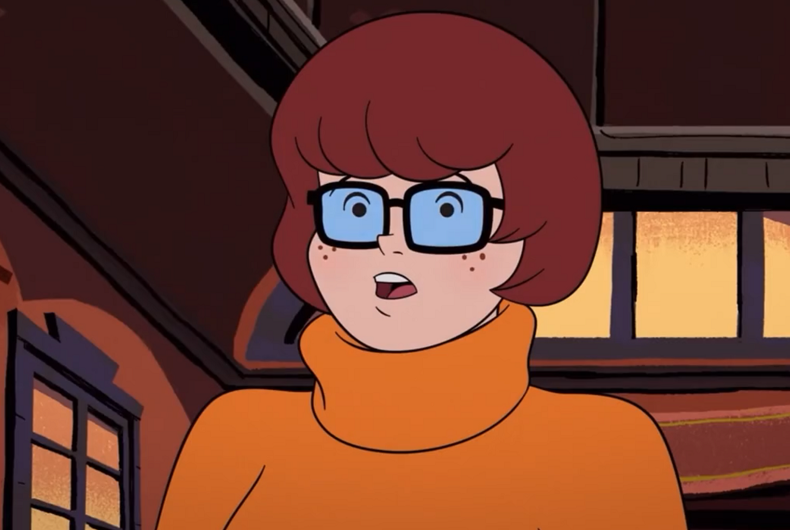 Jinkies! Why is everyone upset with gay Velma?Photo: Screenshot

Two more right-wing media figures freaked out at the idea of Velma from Scooby-Doo being gay.

Rightwing podcaster Steven Crowder – whose show has been called “racist” by researchers who work on extremism – ranted about Velma being gay on his show Louder with Crowder and accused LGBTQ people of “appropriation” for taking Velma away from straight people.

“If we’re going to bi**h about appropriation, why do you need to take a straight character and make her lesbian,” he said, stressing that he doesn’t care about whether a character is a lesbian as he ranted about just that.

Crowder also worried that parents were going to have to talk to their children.

“It necessitates a conversation with kids,” he said.

“I don’t think it should be injected into kids’ shows,” he said before saying that there are too many LGBTQ characters on his TV.

Steven Crowder complains about Velma from Scooby-Doo: "If we're going to bitch about appropriation, why do you need to take a straight character and make her lesbian? Just go make your own" pic.twitter.com/MbejxhoFsl

On the far-right channel Newsmax, host Eric Bowling shouted, “Our beloved Scooby-Doo has gone woke! Velma has come out as LGBTQ! I’m guessing she’s the ‘L,’ but she may be the ‘B,’ I don’t know, perhaps the ‘T’! Which means she’s been a dude all along, all this time, right?”

He said he didn’t know the difference between the letters.

“It always confuses me, by the way folks, when a man decides he’s a woman – becomes a woman – then sleeps with women,” he said. “I mean, why didn’t you stay a man?”

“Do we really need our kids exposed to those ideas?” he asked.

Bolling then reminded his “straight male friends” that Daphne is still straight. Daphne has, in some movies, been portrayed as dating Fred, which went unremarked by the right that is now complaining that Velma having a crush on a woman is too much sexuality for children’s television.

While throwing a tantrum about a cartoon character, Newsmax's Eric Bolling: "It always confuses me, by the way folks, when a man decides he's a woman – becomes a woman – then sleeps with women. I mean, why didn't you stay a man?" pic.twitter.com/YDuiZUreV2

Last week, Fox pundit Raymond Arroyo complained about how “offensive” it is to him that Velma is gay on The Ingraham Angle, and then he compared her having a crush on a girl to a man and a dog having sex on children’s TV.

“This is kind of really offensive on the level that we’re disrupting these beloved characters,” he said. “I’m waiting for them to tell us that Scooby and Shaggy shared more than a Scooby Snack in that Mystery Mobile.”

“What other beloved characters are they going to sexualize next?”

“This is kind of really offensive on the level that we’re disrupting these beloved characters.. I’m waiting for them to tell us that Scooby and Shaggy shared more than a Scooby Snack” pic.twitter.com/3rcQHTodQw

The scenes Ingraham and Arroyo were discussing were from Trick or Treat Scooby-Doo! which was available for digital downloads in some markets starting this past Tuesday.

In one scene, Velma meets a character named Coco and instantly develops a crush on her, noting her positive traits like “incredible glasses,” “obviously brilliant,” and “loves animals.” Velma’s glasses fog up – as is the norm for cartoon nerds who fall in love – and she says her catchphrase, “Jinkies.”

In another scene being shared online, Coco refers to Velma as “the cute one,” much to Velma’s delight.

this my fave scene of her !! pic.twitter.com/V07OfY1nsS

Velma’s identity has been the subject of innuendo in the Scooby-verse for decades. James Gunn, who wrote the 2002 live-action Scooby Doo movie, said that his Velma was “explicitly gay” in the original script “but the studio just kept watering it down & watering it down, becoming ambiguous (the version shot), then nothing (the released version) & finally having a boyfriend (the sequel).”

In 2020, the creator of the 2010 animated series Scooby Doo: Mystery Incorporated Tony Cervone posted a Pride picture of Velma with the character Marcie Fleach.

Trick or Treat Scooby-Doo! will air on the Cartoon Network on October 14 and be available on DVD on October 18.