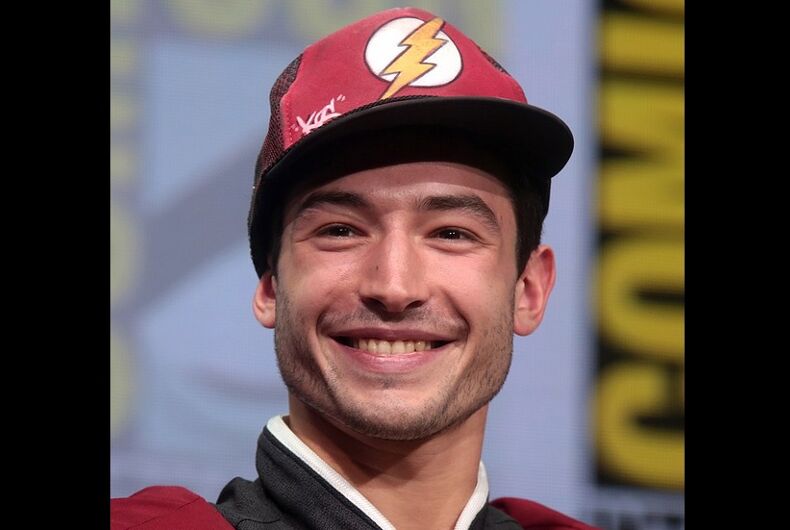 Troubled Flash star Ezra Miller reportedly believed they were the “messiah” and kept a “harem” of young women around them, according to a new Vanity Fair exposé. The story, posted Sunday, details the extent of what the actor themself has described as an intense mental health crisis.

Over the last two years, Miller has been involved in multiple disturbing incidents and scandals. In 2020, a video of the actor apparently choking a woman outside a bar in Iceland went viral.

In March, Miller was arrested in Hawaii after becoming aggressive with the patrons of a karaoke bar. Miller said that they had been assaulted twice at the bar, and accused an arresting officer of touching their genitals and demanded to be searched by a female officer, because they are nonbinary and transgender.

That same month, a couple who bailed Miller out of jail for the earlier arrest filed for a temporary restraining order against Miller after the actor allegedly burst into the couple’s bedroom, threatening them, and allegedly stealing a social security card, wallet, passport, driver’s license, and bank cards.

In May, Miller was charged with felony burglary for allegedly breaking into a Vermont neighbor’s home and stealing bottles of liquor.

In August, according to Vanity Fair, Vermont State Police were dispatched to Miller’s farm with an emergency order from the Department for Children and Families to remove three children who had moved into the actor’s household with their mother.

Those close to Miller say the actor’s Vermont farm is stocked with guns, and they have developed a cult-like atmosphere around them.

“He’d talk about the metaverse and the medicine and how they’re the Messiah and what his work is here,” one source said. “They say their spiritual practice is to be among the people—which means party. So, when in Iceland, he was out nonstop. His favorite were raves, where he’d go on benders for two or three days at a time.”

One friend claims that Miller demanded that Susan Sarandon come to the farm to pay tribute at their altar after she didn’t invite them to a dinner party.

Miller employed a spiritual adviser who would reportedly tell the actor that they were “the next Messiah and that the Freemasons were sending demons out to kill [them].”

“Ezra is Jesus, and Tokata’s an apocalyptic Native American spider goddess, and their union is supposed to bring about the apocalypse,” according to one source. Iron Eyes’s parents have accused Miller of grooming and brainwashing their child.

Miller has described themself as “polyamorous,” but multiple people described their situation as more akin to a “court harem” and “a patriarchal dictatorship where Ezra controls all the sex as the man, and plays the women against each other, screams at them, belittles them in front of the others.”

Others accuse Miller of weaponizing their queer, nonbinary identity against anyone who crosses them.

“To me, those are clear instances of manipulation, where it’s like, are you really queer? Or is that just a fun way to marginalize yourself so you can be even shittier to others?” said one source who identifies as queer.

“I now understand that I am suffering complex mental health issues and have begun ongoing treatment,” Miller said in an August 15 statement. “I want to apologize to everyone that I have alarmed and upset with my past behavior. I am committed to doing the necessary work to get back to a healthy, safe and productive stage in my life.”

Miller is now reportedly working with a publicist who specializes in crisis management ahead of the planned 2023 release of The Flash. But according to Vanity Fair some friends question Miller’s commitment to getting help.

“If he is going through therapy,” one said, “he’s just acting through it.”