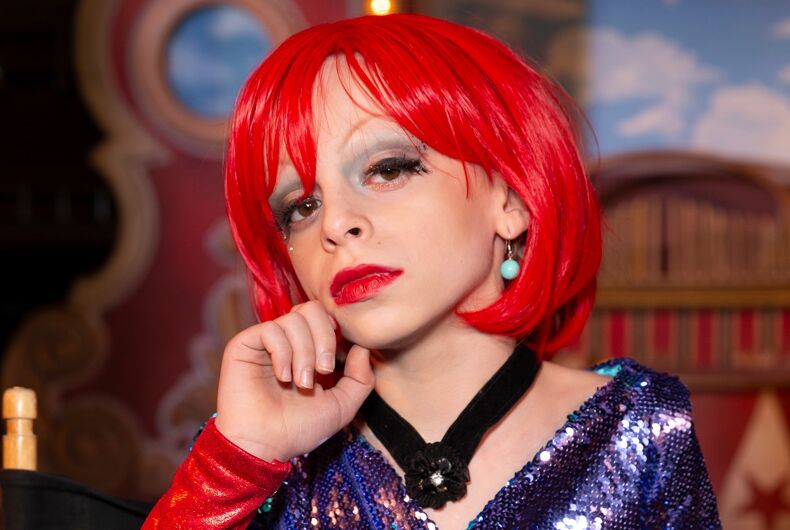 In the Bronx this weekend, teen LGBTQ influencer “Desmond is Amazing” was forced to cancel an event due to threats of violence.

The popular author and social media star who is also known as Desmond Napoles received multiple threats via a recently created Instagram account ahead of a planned reading and Q&A at the New York Public Library’s Morrisania Branch in the Bronx.

A post on Desmond’s Insta read: “PLEASE NOTE: the book reading events this month at the NYPL Morrisania Branch have been cancelled due to threats we received. For everyone’s safety, this is the best course of action. Desmond is very upset so any kind comments you can leave for them would be so appreciated – Mom.”

Amy Geduldig, a spokesperson for the New York Public Library, confirmed the cancellation.

Napoles, a high school sophomore, was scheduled for two readings from their book, Be Amazing: A History of Pride.

In the threatening posts, shared with the New York Daily News, Napoles was described as “disgusting” and called homophobic slurs. Among 10 private messages, one read: “You need to be locked away in a dog kennel and thrown into the ocean.”

Another warned: “I’m going to that library, I’m going with a bucked [sic] of dog s**t and I’m pouring it on your parents and rubbing it into their eyes.”

The threats were reported to New York City police.

According Desmond’s mother, Wendy Napoles, she and Desmond considered the first posts to be from “just another cyberbully,” like many they’ve encountered before.

“But on Saturday, he [the person who sent the threat] called the library to find out if Desmond was still going to be there,” she said.

The individual made the call from a number originating in Louisiana, and subjected the library employee who answered the call to an angry diatribe denouncing Desmond as a “little fa***t.” That’s when Desmond, their mom, and library staff decided to cancel the planned events in the interest of safety for themselves and attendees.

Desmond is Amazing has a long history, for a teenager, of drag performance. As far back as July 2015, they and their family posted pics and video of them attending various Pride parades and drag events. They marched at New York Pride at age eight and appeared at RuPaul’s Drag Con and other drag shows.

In 2019, Desmond and their family were swarmed when they had over 200 complaints lodged against them with New York City’s Administration for Child Services (ACS). The reports alleged that their drag performances were inappropriate and sexually exploitative.

After an investigation, the ACS found no proof of any wrongdoing and that the complaints were an orchestrated harassment campaign against the self-identified gay performer.

Out novelist Andrew Sean Greer completely rewrote his new book. He made it better by making it Less