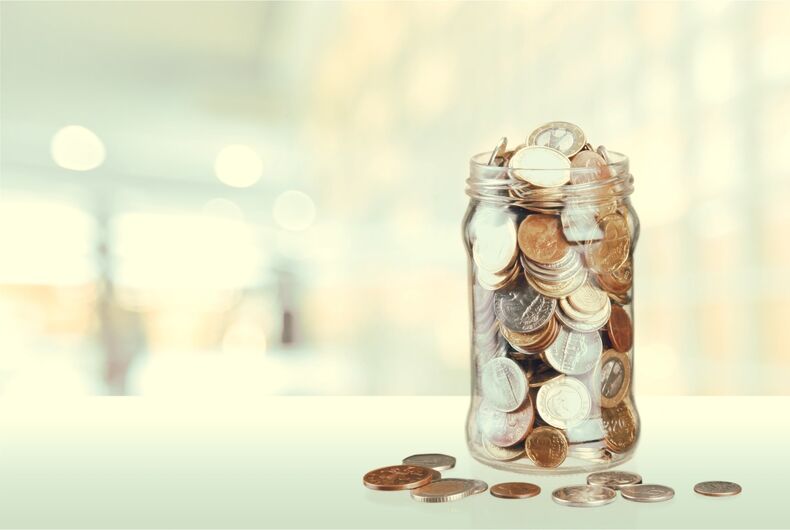 Money talks in politics, and it sounds pretty old. The average wealthy donor is a lot like the politicians pocketing the cash: older and white.

That’s true even of the Democrats. For the party that attracts a larger share of younger and more diverse voters than the GOP, big time donors tend to be exactly the kind you’d expect to see at a tony wine-and-cheese fundraiser in an upscale enclave. A study of donors to the 2020 Democratic presidential candidates found that 63.5 percent percent of the money came from donors with incomes of $100,000 or more, 92.2 percent came from white donors, and 72.5 percent came from donors 50 or older.

There are some perfectly reasonable explanations for the disparity. For one thing, income increases with age. People at the start of their careers aren’t rolling in dough the way people at the peak of their career or in comfortable retirement are. Boomers also weren’t burdened with crushing college debt or introduced into a housing market that chews up most of your so-called disposable income.

Still, while young adults may not be ponying up big bucks, they are contributing at rates comparable to older voters. Unfortunately, younger donors are a lot like older donors. They tend to be whiter, less female and wealthier than the rest of their peers.

The question is, what do their contributions say about their priorities? And, more to the point, are Democrats listening?

The biggest donors–the whales–are the ones that get the biggest attention, of course. Sam Bankman-Fried, a 30-year-old who made a fortune in cryptocurrency, is the current darling of the Democratic establishment. (He insists he’s bipartisan, but his contributions to GOP candidates are far more limited.)

Bankman-Fried has spent $40 million on campaigns this year, but with a different focus than most donors. He’s looking at special issues, in particular pandemic preparedness. Candidates seeking his backing have to fill out a survey showing their support for long-term planning to prepare for a future pandemic.

So far, however, Bankman-Fried has spent largely on candidates in safe seats, leading some observers to wonder if his real aim is more mundane: funding candidates who will be supportive of crypto markets. (Bankman-Fried notes that he supports a separate PAC focused on that goal.)

Increasingly, however, Democrats have been relying upon small donors. Small donors gave Democrats an edge in the 2020 election, and through the crowded presidential primary, small donors were what kept many candidates afloat. Young donors were particularly enchanted with Bernie Sanders, making up almost 17% of his donor base by the end of 2019. By contrast, Pete Buttigieg’s donor base only consisted of 6% of 18-34-year-olds. (On the other hand, Buttigieg had the highest amount from white donors and people earning more than $100,000 a year.)

What young donors don’t seem to want is the status quo. And no one says status quo more than Joe Biden.

Biden has been struggling to connect with younger voters for a while. Only about a third of young voters approve of the job the president is doing. Biden’s presidency has had its successes, but it also started out with unreasonably high expectations of success dependent upon a phantom Senate majority. Now young voters–who translate into young donors–are experiencing their first real taste of political disappointment, and they don’t enjoy it one bit.

That spells trouble for Democrats in two ways. One is financial. Small donors are as good as big donors if there are enough of them. No donor at all is a recipe for disaster.

Worst of all is no voters. It’s one thing not to contribute to a campaign. It’s another not to vote in an election. Disenchanted voters may choose to sit out the midterms, which is another kind of donation–to Republicans.

A sclerotic Democratic party is long overdue for a youthful makeover. Its leadership is old as is its outlook. Young donors can influence the party with the language of cash. More importantly, young voters can change the party with the power of the ballot.

Marjorie Taylor Greene tried to pick a fight with Kathy Griffin. How do you think that worked out?