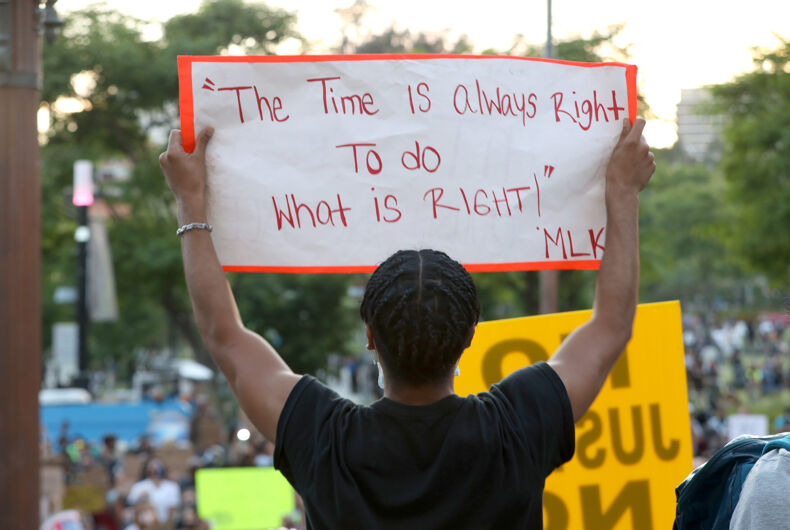 Should our rights be granted by the government, or, rather, was Thomas Jefferson correct when writing in the Declaration of Independence, “We hold these Truths to be self-evident, that all Men are created equal, that they are endowed by their Creator with certain unalienable Rights, that among these are Life, Liberty, and the Pursuit of Happiness”?

In this instance, “unalienable rights” include those that we as humans are naturally born with and cannot be taken away or repealed by any person or government. The overarching foundation on which the United States Constitution rests is the primary assumption that the rights of “we the people” are protected from governmental power, rather than granted by that government.

John Locke, in his 1690 “Second Treatise of Government,” put forward the concept that the power of government originates from the consent of the governed, writing, “Men being, as has been said, by nature, all free, equal and independent, no one can be put out of this estate and subjected to the political power of another, without his own consent.”

Locke’s positions of freedom and liberty “by nature” established the nucleus of the First Amendment in the Bill of Rights, which declares:

“Congress shall make no law respecting an establishment of religion, or prohibiting the free exercise thereof; or abridging the freedom of speech, or of the press; or the right of the people peaceably to assemble, and to petition the government for a redress of grievances.”

A key factor in the development of orthodox Catholic ethics since the 13th century is the concept of “Natural Law,” which includes a set of standards that the Church has inferred follow an ordering of nature.

In addition, Aquinas believed that usury (the lending of money for profit) was unjust and also contrary to natural law, and, therefore, was forbidden to Christians.

Hence, a pattern emerged: Jewish people were invited into a region to fill money lending and tax collecting gaps in the economy. They were ultimately blamed for the problems of the economic systems, and Christians expelled or massacred them. The stereotype of Jews as money-lovers, as cheap, and as miserly was born.

Taking a brief glance back in time, not so long ago a position similar to that of “natural law” was used by some Christian leaders to preach what they determined was the “naturalness” in the subjugation of black Africans and in the institution of slavery. A direct reflection of this position is evidenced by the names of the ships used to transport enslaved Africans across the sea, four of which were the “Jesus,” the “Gift of God,” the “Liberty,” and the “Justice.”

The issue of slavery became a lightning rod in the 1840s among members of the Baptist General Convention. In May 1845, 310 delegates from the Southern states convened in Augusta, Georgia to organize a separate Southern Baptist Convention (SBC) on a pro-slavery plank. They asserted that to be a “good Christian,” one had to support the institution of slavery, and one could not join the ranks of the abolitionists.

Jefferson Davis, President of the Confederate states, declared his version as well, saying, “African slavery as it exists amongst us” is “the proper status of the negro in our form of civilization.”

Either by divine “inspiration” or due to political pressure, 150 years later in June 1995, the Southern Baptist Convention reversed its position and officially apologized to African Americans for its support and collusion in the institution of slavery (regarding it now as an “original sin”), and also apologizing for its support of “Jim Crow” laws and its rejection of civil rights initiatives of the 1950s and 1960s.

How “unalienable” and “natural,” therefore, are our basic human and civil rights, even those explicitly detailed in the Constitution, government legislation, and judicial case law?

Rights Are Not Favors

The Danbury Baptist Association of Connecticut raised this question regarding religious liberty in a letter to then President of the United States, Thomas Jefferson, on October 7, 1801.

“…Our ancient charter together with the law made coincident therewith, were adopted as the basis of our government,” the Baptists reiterated.

Its skepticism then surfaced, “…that religion is considered as the first object of legislation; and therefore what religious privileges we enjoy (as a minor part of the state) we enjoy as favors granted, and not as inalienable rights; and these favors we receive at the expense of such degrading acknowledgments as are inconsistent with the rights of freemen.” (emphasis added)

The Baptists feared that rights granted as “favors” by governments today could be withdrawn tomorrow.

Thomas Jefferson’s response letter to the Danbury Baptist Association, January 1, 1802 attempted to give assurance for the inherent “natural rights” of the people.

“I contemplate with sovereign reverence that act of the whole American people which declared that their legislature should ‘make no law respecting an establishment of religion, or prohibiting the free exercise thereof,’” he wrote, “thus building a wall of separation between Church & State. Adhering to this expression of the supreme will of the nation on behalf of the rights of conscience, I shall see with sincere satisfaction the progress of those sentiments which tend to restore to man all his natural rights, convinced he has no natural right in opposition to his social duties.” (emphasis added)

Later, white men without property were added to voting registers. The Fifteenth Amendment granted African American men (not women) the right to vote. Southern state legislatures and other officials denied these new rights following the “Reconstruction” era through the newly enacted Jim Crow laws and through violent intimidation tactics.

The Nineteenth Amendment extended voting rights to women, though these rights too were severely restricted in the Jim Crow South.

The Voting Rights Act of 1965 enlarged protections in voting for those previously disenfranchised, until the Supreme Court, in Shelby County v. Holder (2013), gutted the key provision of Section 5, the heart of the 1965 law that required preclearance for any new voting changes.

Though the “unalienable” and “natural” right to attend a school regardless of one’s racial and ethnic background confirmed by the 1954 Brown v. Board of Education Supreme Court decision has never been fully realized due to an overriding patriarchal Christian white supremacist social and political system making school segregation as problematic today as it was following the ruling.

Thus, the elimination of “separate and unequal,” though promised, was never delivered.

The concept of one’s “unalienable” and “natural” right to control one’s body, and explicitly, one’s reproductive decisions was affirmed by the Supreme Court’s Roe v. Wade 1973 decision and was then taken away by the Court’s 2022 Dobbs v. Jackson Women’s Health Organization.

Under the Obama administration, in May 2016, the U.S. Departments of Justice and Education issued guidance to public school districts throughout the nation that Title IX, a federal law banning sex discrimination in education programs and activities, must extend protections to transgender students.

On February 22, 2017, after Donald Trump took over the Oval Office, the U.S. Departments of Justice and Education withdrew the Obama guidance and determined that it was again acceptable to discriminate against transgender students.

The Biden administration, on the 50 anniversary of Title IX, proposed in June 2022 comprehensive changes to the law that would ban schools, colleges, and universities from discriminating against transgender students.

So, the Danbury Baptists Association was correct in its cynical speculation that what the government considered as “unalienable” and “natural” rights today could be withdrawn tomorrow, and vice versa.

Constant vigilance in defense of our cherished “unalienable” and “natural” rights, even in times that appear progressive and “safe,” must be our mandate.

Kevin Spacey ordered to pay $31 million because of groping allegations