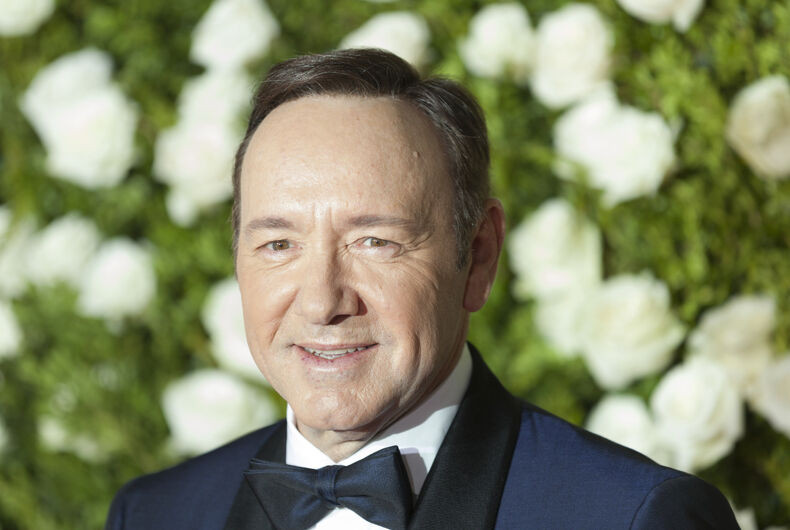 Actor Kevin Spacey has been ordered to pay nearly $31 million in damages to production company MRC for alleged sexual misconduct behind the scenes of the Netflix series House of Cards.

The order from Los Angeles Superior Court Judge Mel Red Recana confirmed an award previously handed down by an arbitrator in October, 2020.

Spacey, who was an executive producer on the series and played president Frank Underwood, was dropped from both roles just days after the allegations came to light in 2017.

Spacey was first accused of misconduct by actor Anthony Rapp in a Buzzfeed story alleging that Spacey had made a sexual advance on him in Spacey’s apartment in 1986, when Rapp was 14. Production on the show was suspended two days later.

The allegations of groping prompted an MRC internal investigation.

MRC argued that the two-time Oscar-winning actor owed them millions in lost profits because his misconduct forced them to remove Spacey from House of Card’s sixth season and cut the show’s episode order from thirteen to eight episodes. The arbitrator ruled in MRC’s favor, finding Spacey’s behavior violated the production company’s sexual harassment policy with respect to five House of Cards crew members, and constituted a material breach of his agreements as an actor and executive producer.

Earlier this year, Spacey’s attorneys, Stephen G. Larson and Jonathan E. Phillips, sued to throw out the multi-million dollar judgement, arguing, “The truth is that while Spacey participated in a pervasive on-set culture that was filled with sexual innuendoes, jokes, and innocent horseplay, he never sexually harassed anyone. In fact, as the evidence established and the Arbitrator recognized in the Award, the few times Spacey was told that his conduct made someone feel uncomfortable or was in any way unwanted, he stopped.”

In May, Spacey was charged by the U.K.’s Crown Prosecution Service with four counts of sexual assault and one count of “causing a person to engage in penetrative sexual activity without consent.” The alleged incidents took place in London and Gloucestershire between 2005 and 2013.

The tagline for the film is, “The guilty always pay the price.”

This state attorney was suspended by Ron DeSantis for respecting trans kids. He’s not going quietly